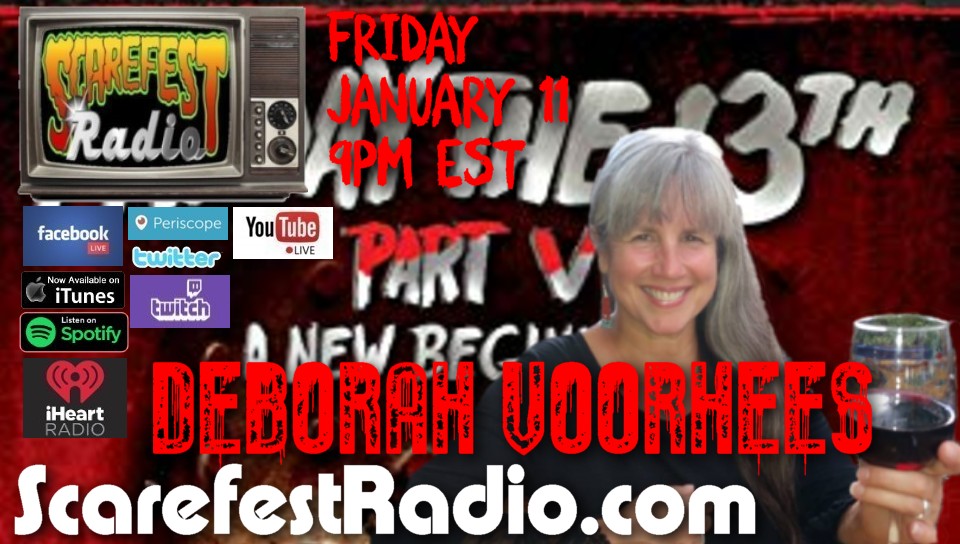 On this episode Wes and co-host Jason Boyd talk to Deborah Voorhees. Of course horror fans remember her as Tina in the 1985 movie Friday the 13th: A New Beginning. But in this episode we learn that she has has lived a colorful life as a journalist, filmmaker, writer, editor, teacher, and even a  Playboy Bunny.

Deborah shares several behind the scenes stories about A New Beginning, but we are most excited to hear about her new project 13 Fanboy which she says is ready to go into production.

She goes into detail about the origins of the idea behind the movie where an obsessed fan stalks his favorite actresses from the Friday The 13th franchise with the intent to kill. She describes the film as similar to Hush or Cape Fear with great practical effect horror kills that 80s slasher fans love.

13 Fanboy
13 Fanboy. 2,096 likes · 88 talking about this. A psycho fan hunts the real-life actresses from the famous Friday the 13 franchise in 13 Fanboy from Voorhees Films.