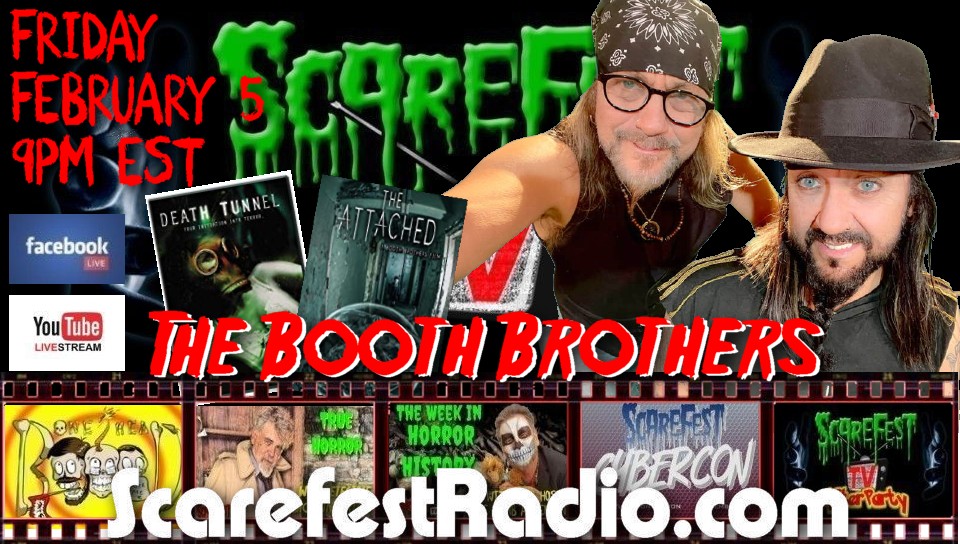 This week Wes and co-host Billy Crank are joined by the remarkably multi talented Booth Brothers. The Booths bring a wide variety of skills to the show as directors, producers, actors, and musicians as well as being immense paranormal enthusiasts.

The Booths discuss their new documentary film THE ATTACHED, open up about their passion for the process of filmmaking and their inspirations, and weigh in on supernatural experiences they’ve had during the making of their films. There might even be a discussion about who they might have had fanboy reactions to at a prior Scarefest.

We also get a great retrospective on Clive Barker from Joe Lewis and Breaking the News gives us a peek at a WRONG TURN remake and tells us about Nicholas Cage’s kooky new horror movie.