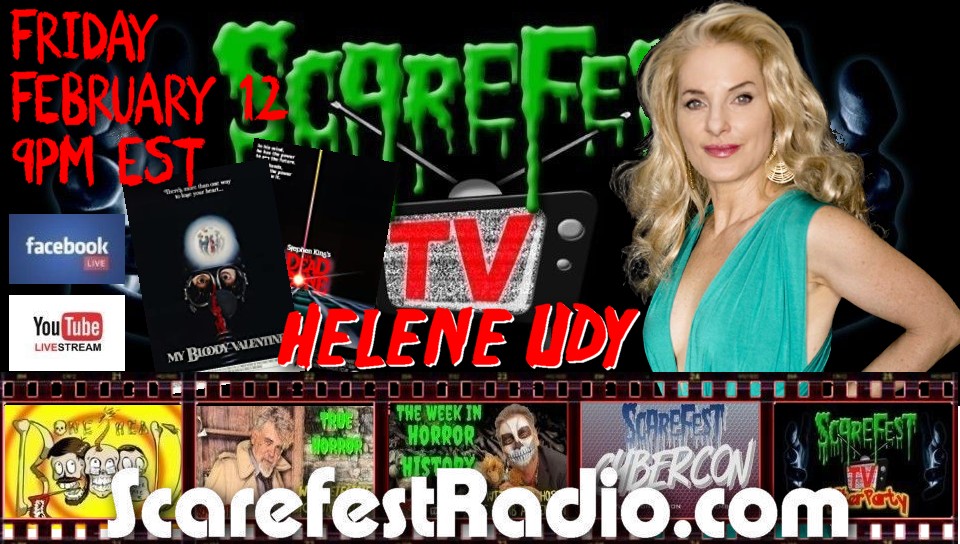 Tonight, Wes and co-host CC Ann share the screen with the incredibly talented Helene Udy. Udy is known in horror circles for starring in the 1981 horror classic MY BLOODY VALENTINE but her acting career spans a number of genres. On top of that, she’s an acrobat and a trained clown.

Helene discusses the diverse variety of characters she’s played over the years, her upcoming projects, how she hosts her own virtual Cabaret shows, and how she got into horror. There is even a little segment on clown classifications.

In our regular features, Joe Lewis compares the 1995 film CASTLE FREAK to its recent remake; Dick Pinkerton spotlights a British killer, and the Week in Horror spotlights an Oscar winning horror classic. Keep your eyes peeled for the 15 Second Horror Film Challenge.