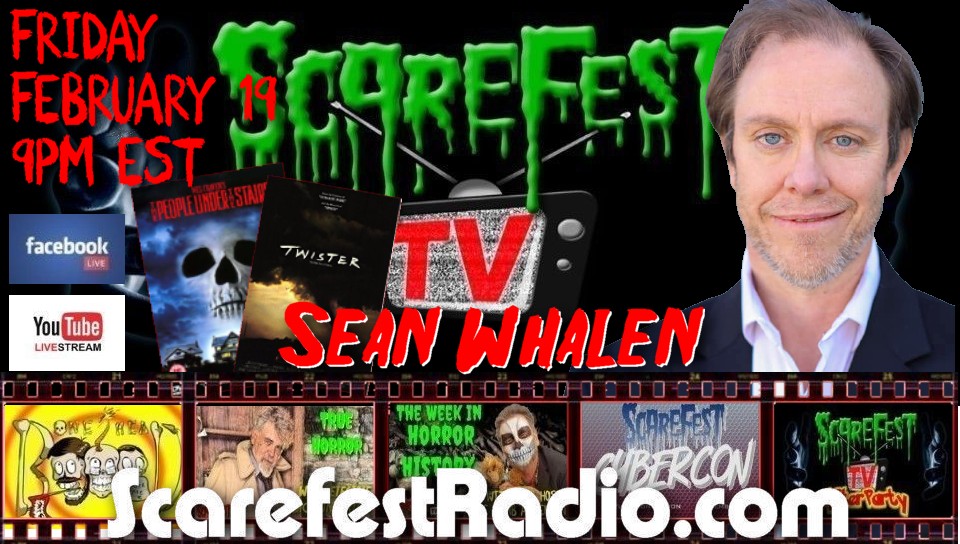 This week Wes and co-host Chad Harlan welcome Sean Whalen. If the name isn’t familiar, his face will ring a bell. Whalen is best known in horror circles as Roach from THE PEOPLE UNDER THE STAIRS but he has appeared in countless TV shows and movies since the early 1990s.

Wes and Chad learn how Whalen chooses his roles and how he prepares for them, shares the story of how he met his fiancée at Scarefest, and if he has ever done a Western. Whalen even gives away some autographed merch during the segment. He’s a super classy guy!

Our regular segments has Joe Lewis sharing his thoughts on a Shudder original anthology movie, the week in history spotlights Bruce Campbell, and Cliff Stone breaks the news on a Jason Voorhees hot sauce. Yes, a hot sauce.