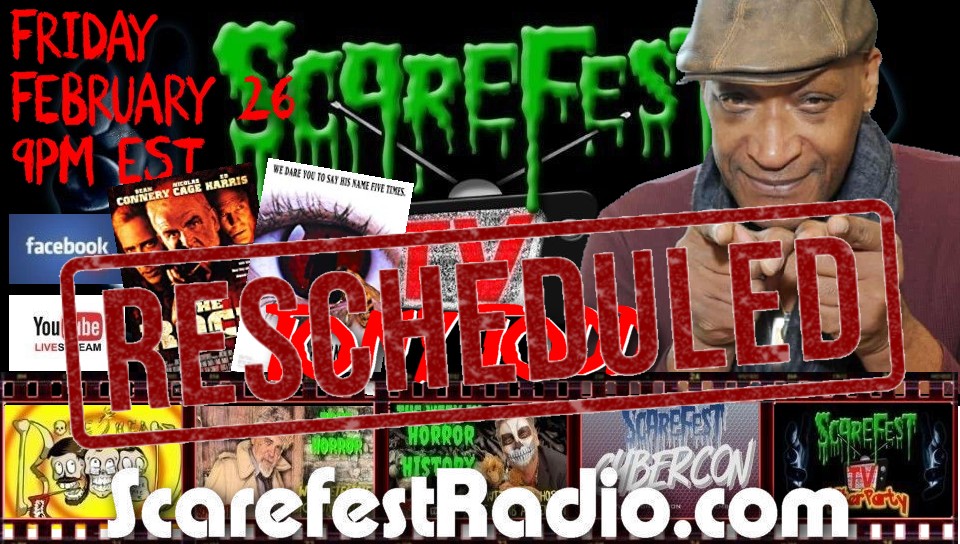 If the title doesn’t give it away, Tony Todd was unavailable this evening. What’s a host to do? He wings it! Wes and co-host CC Ann stretch their collective improv talents by giving us an off-the-cuff discussion of Todd’s movies, check the chatroom for viewers’ favorite Tony Todd roles, and debate the merits of the movie SKY SHARKS.

There are also several celebrity announcements in the mix. Spoiler alert, one of them is a major Scream Queen! In addition, Joe Lewis gives us his impression of the British horror-comedy GET DUKED!

Don’t forget to keep an ear out for Wes’ super-secret extra F-Bomb of the Day.