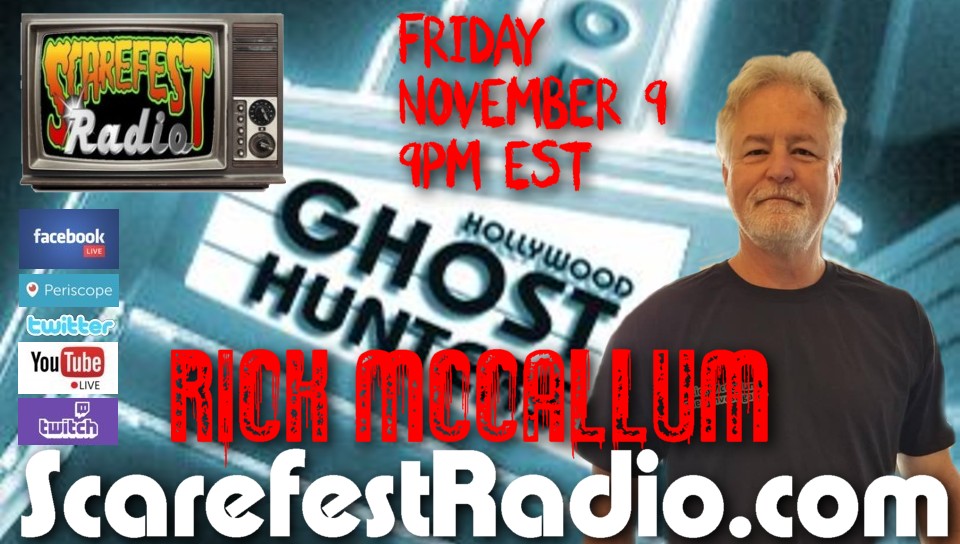 On this week’s episode of Scarefest Radio, we have Wes, and co-host “Coyote” Chris Sutton talking with Hollywood Ghost Hunter’s, Rick McCallum.

While Rick is probably best known across the entertainment industry as a stunt man, and stunt coordinator, in tonight’s interview we are going to focus more on his true passion. Ghost hunting.
Listen in as he shares several of his own personal experiences with the paranormal. From a chilling stay at a haunted motel as a child, to recent action packed investigations. Rick has the bone chilling stories you want to hear!

Rick McCallum
Rick McCallum is a hollywood actor and stuntman. Other than acting in horror movies, he is also a ghost hunter, co-founding Hollywood Ghost Hunters with fellow actor Kane Hodder.

Rick McCallum
Rick McCallum is on Facebook. Join Facebook to connect with Rick McCallum and others you may know. Facebook gives people the power to share and makes the world more open and connected.