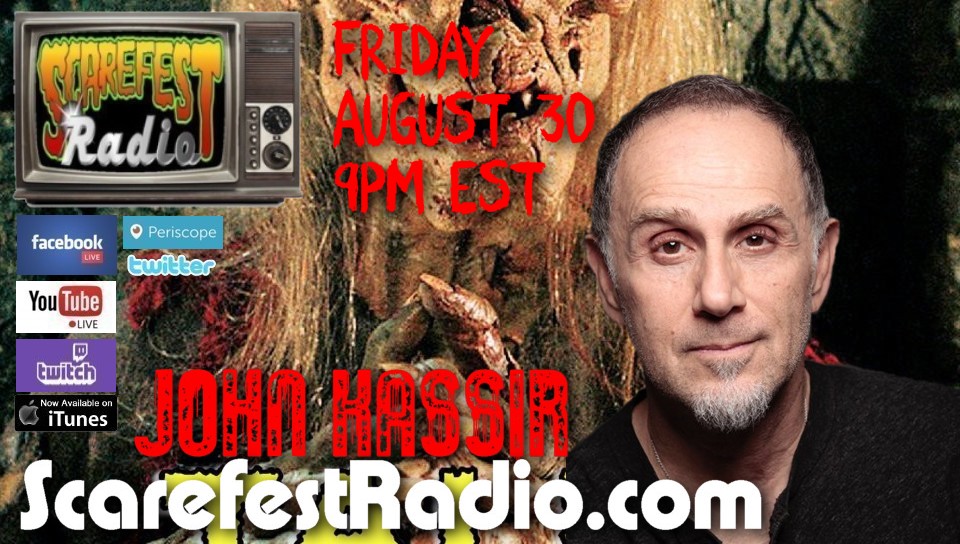 Good evening boils and ghouls, tonight Wes and co-host Chad Harlan interview the one and only John Kassir, the brilliant voice talent behind the Crypt Keeper on TALES FROM CRYPT. He brings his own special blend of fun, excitement, and ghoulish humor to our ears as a multi-talented comedian, thespian, voice actor, and lacrosse player. Yes, a lacrosse player. What can’t this guy do?

John walks us through his decades long career from being a theatrical performer to Star Search winner to his multitude of roles in film, television and even video games. And what a career he’s had. He beat Sinbad to win Star Search. He appeared in several seminal HBO series, namely 1ST and TEN and DREAM ON. He has voiced a host of characters, not just the Crypt Keeper, but many other favorites including Deadpool, who he portrayed in various video games years before the character ever appeared in movies. He also shares a little insight into his craft in regard to the difference in roles that are voice only versus appearing in the flesh.

Towards the end of the show we have a few announcements of pre-sale celebrity photo packages and other assorted events for Scarefest XII, just a few weeks away. We also learn that Wes may be able to get John double what Wes makes. So, double of zero is still zero, right?