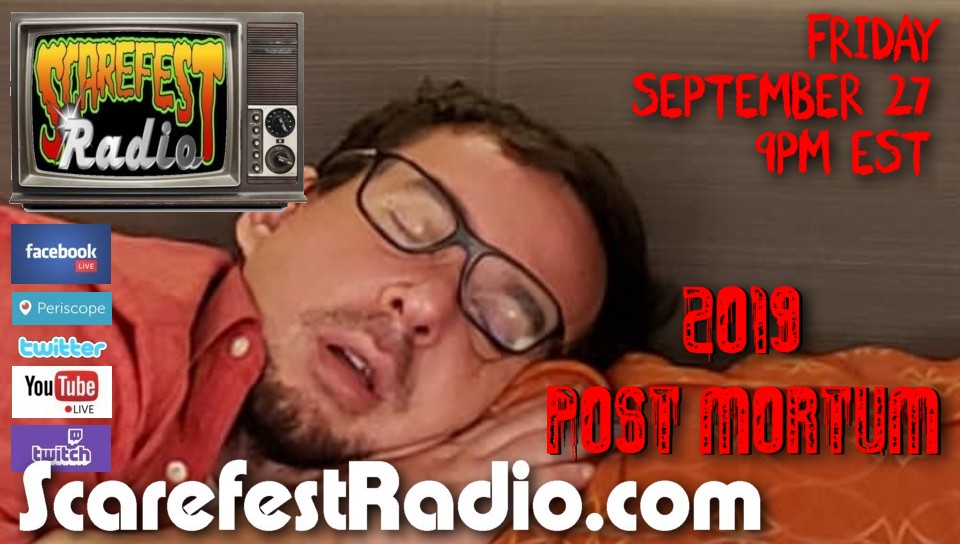 Scarefest XII has come and gone and was it ever exciting! Tonight, Wes hosts co-owner, and horror icon in his own special way, Brandon Griffith. After an exhausting, but spectacular year, Brandon fills us in on the triumphs and inevitable speed bumps of putting together one of the premiere horror cons in the U.S. How can Scarefest NOT rock out? People got to throw axes with horror legends!
We learn that this year was the best attended Scarefest in the last 3 years with one of the richest film festivals in Scarefest history. Brandon also lays down the dates for next years’s 13th anniversary Scarefest as October 23-25, tying in nicely with Lexington’s bountiful Halloween celebrations. We hear what went over big and what may have gone a little sideways. Prepare yourself for the sheer terror of AOL era internet horror stories and the madness of coffee shops that weren’t open early in the day .
Wes also announces a big change as Scarefest Radio transitions into a new stage of evolution, Scarefest Television! There will new content, new hosts, and new Coke (okay, we made that last part up). Plus we wonder if Brandon ever straightened out his “keyboard is an accordion” dilemma.