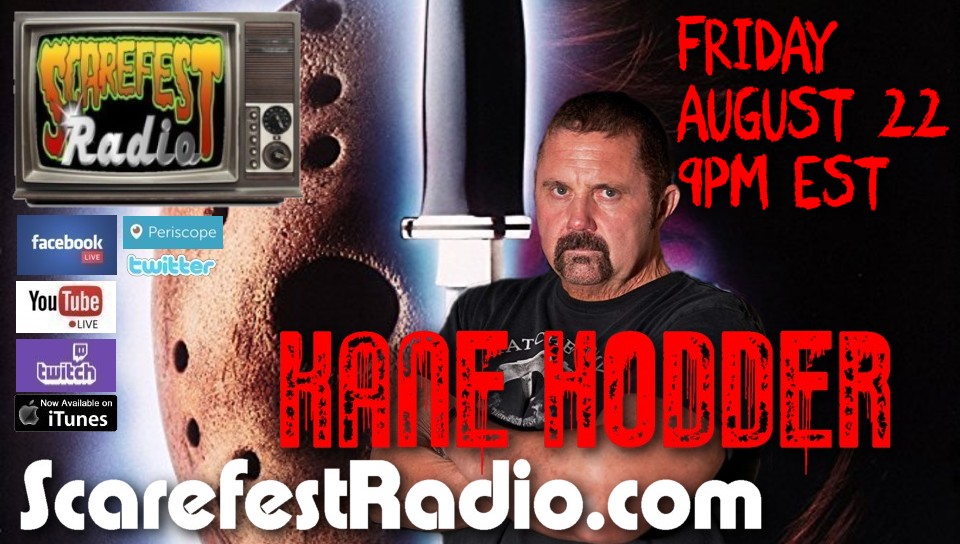 Grab your hockey masks and machetes gang! This week, Wes hosts larger-than-life fan favorite Kane Hodder, via remote from Bubba Fest in Knoxville. For those that may not know, Hodder is famous for his portrayal of Jason Voorhees in several FRIDAY THE 13th movies as well as starring in a slew of other projects such as the HATCHET film series and DEATH HOUSE.
The two discuss several of Kane’s movies, both past (OLD 37) and upcoming (KNIFECORP), what’s it’s like to be most famous for a role with zero lines, and if Kane thinks the modern shift toward political correctness could harm the horror industry down the road. We also learn the answers to the big questions like what’s on Kane’s playlist and does he dance.
Sadly, Kane can’t stay the whole show so Wes fills the void in our hearts with some lively events happening at Scarefest XII like celebrity ghosts hunt news and photo op announcements. But we are still left wondering, how do Kane’s fans know that’s really him under that hockey mask?
Categories: Archives
| Tags: Brian Stidham, Celebrity Guests, Classic Horror