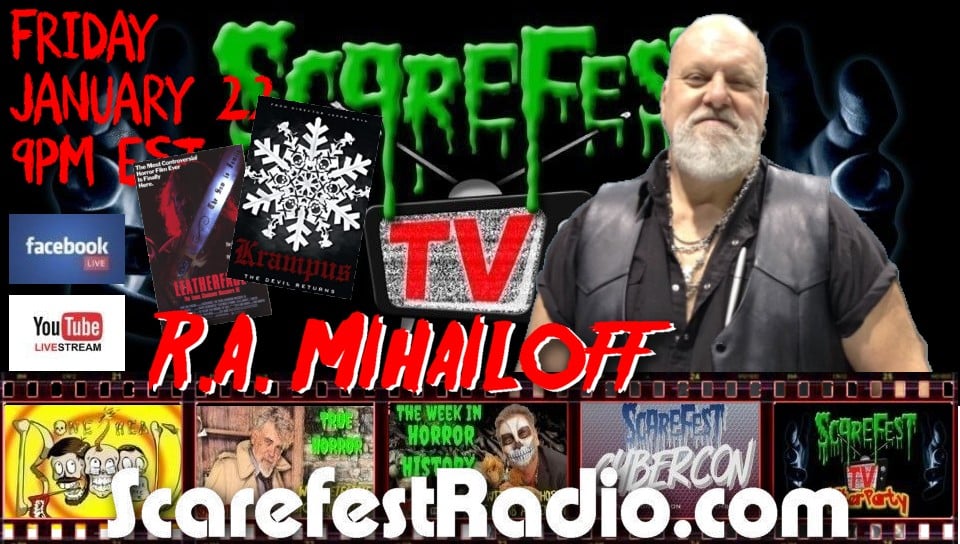 This week Wes and co-host Chad Harlan are joined by fan favorite tough guy R.A. Mihailoff. Known for his role as Leatherface, this lovable Scarefest fixture has appeared in numerous other projects from FULL HOUSE to DEATH HOUSE. He is also a member of the Hollywood Ghost Hunters.

R.A. tells Wes and Chad what he’s been doing during the pandemic, how his interest in paranormal investigation began, the fact he makes a terrifying Kris Kringle, and how much he’s missed the Scarefest family. If that’s not enough. Nicole Griffith pops in to visit and get her R.A. fix.

In our regular features. Joe Lewis’ gives a great recommendation on a Shudder network original film and the Week in Horrors takes us back to a Kevin Bacon classic.