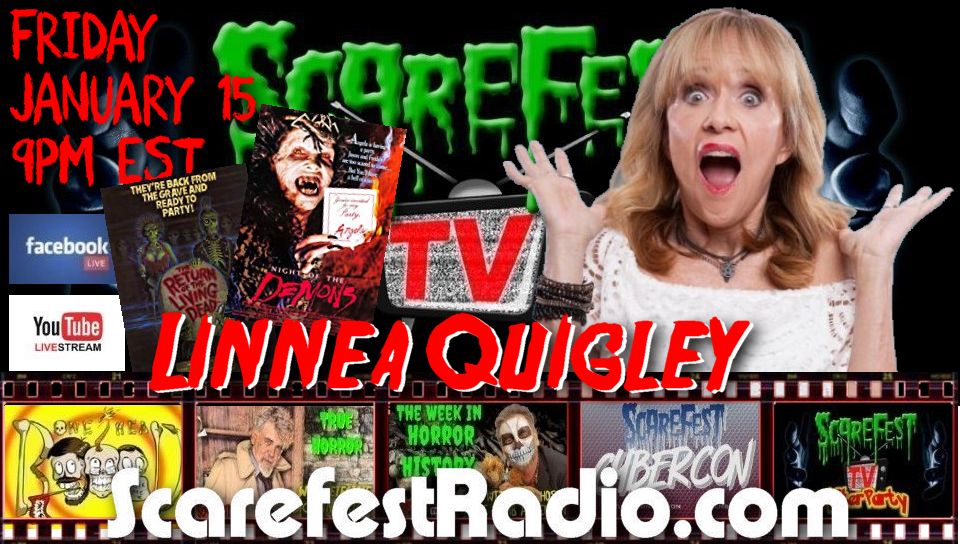 It’s a real treat tonight as Wes and co-host CC welcome Scream Queen royalty Linnea Quigley to the show. Linnea has a wrap sheet on IMDB that goes on for days including such classics as RETURN OF THE LIVING DEAD and NIGHT OF THE DEMONS.

Linnea, Wes, and CC delve into how she moved from Iowa to California going from shy girl to horror movie darling, acting under aliases, a disastrous moment on the set of NIGHTMARE ON ELM STREET IV, and her involvement in pet rescues. She also plays in a band and has her own reality show in production. Now we just need that horror workout video of hers to make a comeback.

In our regular features Joe Lewis talks about his two favorite Linnea Quigley movies, Dick Pinkerton talks about the Black Dahlia, and Breaking the News gives us Mothmen and muppet horror movies.