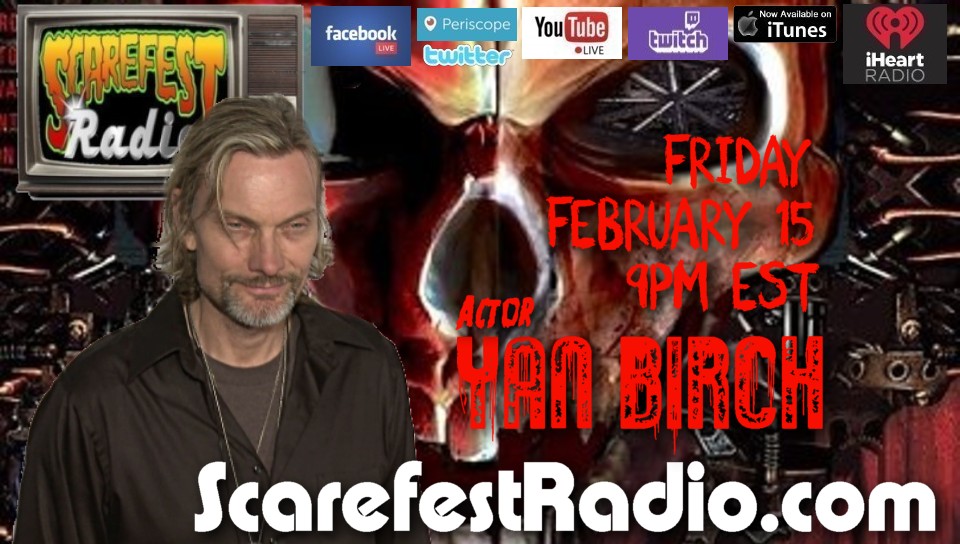 Tonight Wes and co-host Jason Boyd speak to Swedish horror icon Yan Birch. Though well know as the Stairmaster from the horror classic The People Under the Stairs, Yan has starred in dozens of features and is a man of many talents. He holds both a bachelor’s degree in mechanical engineering and an advanced degree in mathematics. He is also immersed in various genres and media outlets outside of horror films such as guest spots on Brooklyn Nine-Nine and Hawaii Five-O. Yan also works behind the camera as a producer and owns his own production company called Pure Entertainment.

Yan has appeared many times as a villain, even Satan himself, but he explains how he is primarily drawn to the creative process so he will just as easily play a hero. He talks about his tremendous work experience with Wes Craven on The People Under the Stairs, his views on how television is beginning to evolve into something more like feature films, the missed opportunities to star in both Die Hard and Passenger 57, and how he would definitely like to direct one day. However, a talk with Yan can’t be complete without some talk about the movie Sky Sharks. Currently in post production, it should be coming soon. All we needed to hear was zombie Nazis riding on jet powered sharks. Minds were blown!

Wes also reminded everyone if they would like to be a speaker at Scare Fest this year the deadline to register is March 31. Don’t miss out! We also learned that nothing kills a period film like rims on a classic car.

Yan Birch
Yan Birch. 2.3K likes. This is the official page for Yan Birch. Like it.Read it. Follow it. The son of a Swedish Actor-Comedian, Producer, Director and Musician; music and the arts were a natural...