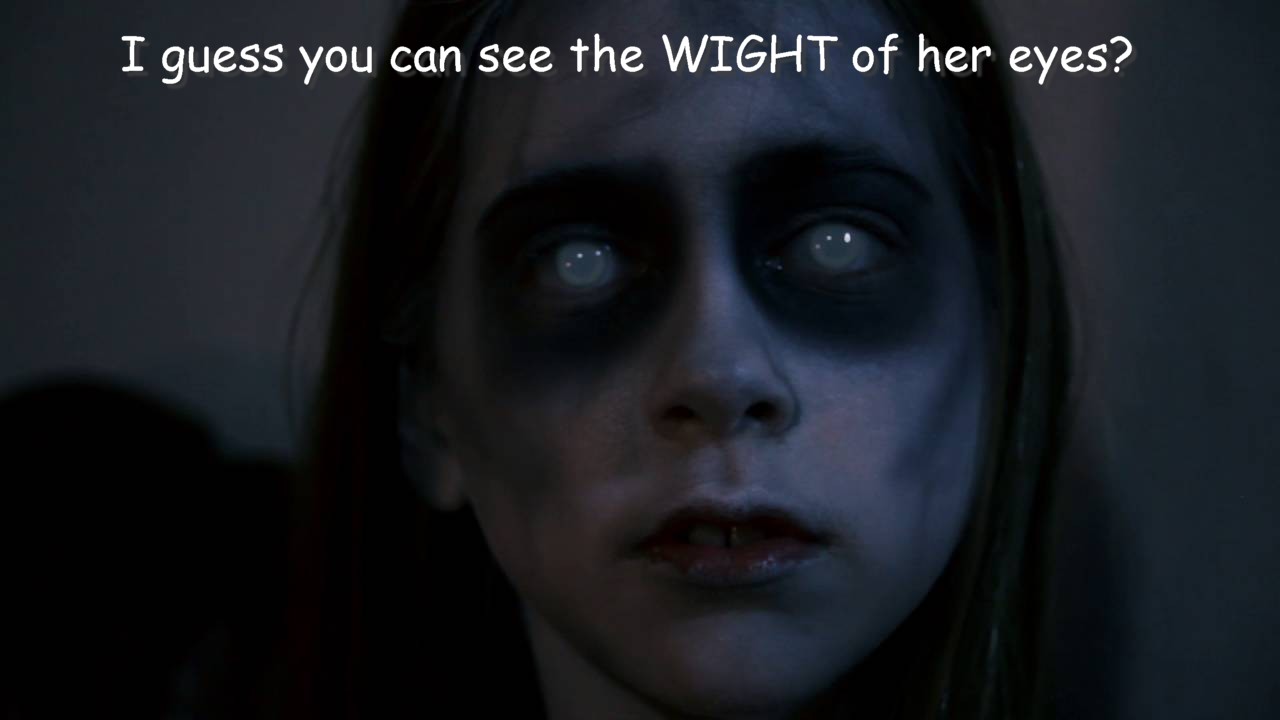 I came across Wight Space while surfing Amazon Prime videos.The premise of the series caught my eye. “The near future. Science has proven ghosts exist. We are aware of them more than ever. Now they are more aware of us, and they are everywhere. With society virtually on collapse due to the living having to endure the plight of the dead, the world searches for more effective ways to deal with the ghosts, unaware a far more dangerous threat looms.”

I’m only a couple of episodes into it, so I will update this review if it continues to hold my interest.

So far I will warn you that it is interesting but NOT binge-worthy.

I liked the concept. In my previous life as “ghosthunter”, the premise of this movie was something that I had mulled over. I actually thought about writing a book based on the same premise, but from a more “spiritual warrior” viewpoint (I was totally going to blame Armageddon on psychics).

I always wondered what would happen if someone figured out a reliable and measurable way to see and communicate with ghosts. I even wondered if we were upsetting the balance of things by stomping around dark buildings all the time looking for them and giving them so many opportunities to interact with us.

My affection for the concept is about all that is making me want to see where this series goes.

It is well filmed. Some of the special effects show the constraints of the budget badly though and the makeup effects remind me of extras at a Halloween attraction. But my real problem with it has been the dialogue…or should I say the monologues.

Remember the movie “Clerks”? Imagine if that movie dealt with ghosts instead of the tedium of working at a convenience store.

So much of the dialogue between the characters is used to explain what is going on, that it gets a little tedious at times. When you give actors long, drawn out lines to advance the story, it takes a hell of a director to make it come across as natural. Wight Space does not have such a director and the actors are definitely not good enough to cover that up.

I don’t want to attack the actual writing though. The first episode gave us “Were you raised in a barn…ON A FARM FOR WHORES?” which instantly became of of my favorite sayings of all time. Not knowing (nor caring to research) the origins of the series, I suspect that the actual problem is with the adaptation of a novel or a short story to a screenplay. The dialogue would feel quite natural in a book. On screen it feels forced and unnatural.

So my recommendation is that if you are interested in paranormal theory played out beyond where the field is currently at with a horror movie feel, give this a try. If you are looking for an actual horror series then give it a pass.

And I still don’t know what the title means.