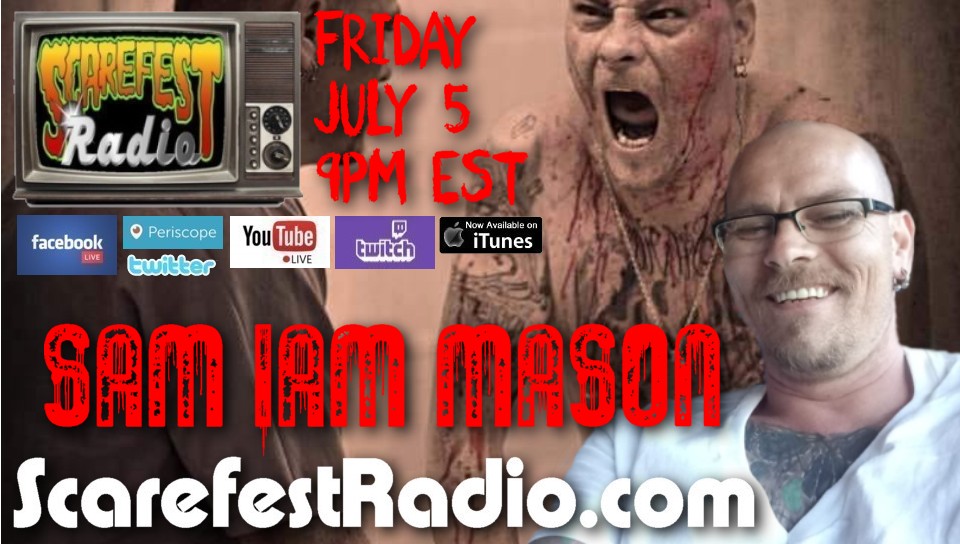 Director, writer, producer, actor and all around multitasker Sam ‘Iam’ Mason joins Wes and cohost Jason Boyd this week to discuss his ever growing list of projects.

Normal Terror is Sam’s recent production and he breaks down the inspiration behind his character and how his films take on a different approach to horror. In addition to his film productions, Sam also hosts a podcast as well as creates special effects makeups and set designs. Sam, Jason and Wes discuss the future of horror films and Wes gets on his soapbox for a moment to talk about his worries for the future of horror films.

To find out more about Sam’s work be sure to look him up at sacrificialpawnproductions.com or listen in on his podcast, Sacrificial Terror