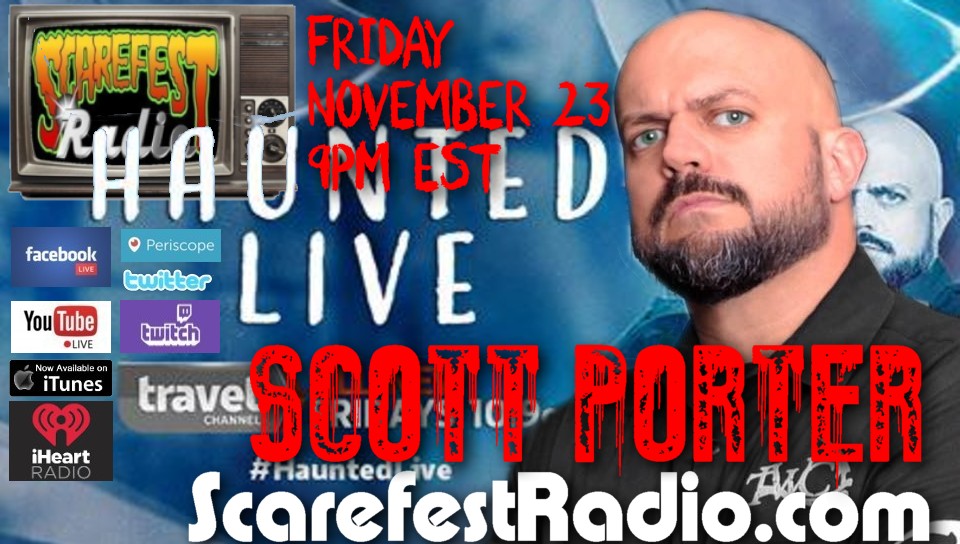 Scott talks about the Wraith Chasers upcoming live ghost hunt and some of his favorite experiences while filming season 1 of Haunted Live. Scott is an open book and he and Wes talk about everything from farm life (they are both farmers, who knew?), his fitness journey and how he spent his Thanksgiving holiday. To say this was a very diverse interview, would be an understatement.

So, if you’ve ever pondered life’s biggest mysteries like, ham or turkey and is it called deviled or dressed eggs, then you won’t want to miss thiS.

Scott Porter
Scott Porter is on Facebook. Join Facebook to connect with Scott Porter and others you may know. Facebook gives people the power to share and makes the world more open and connected.