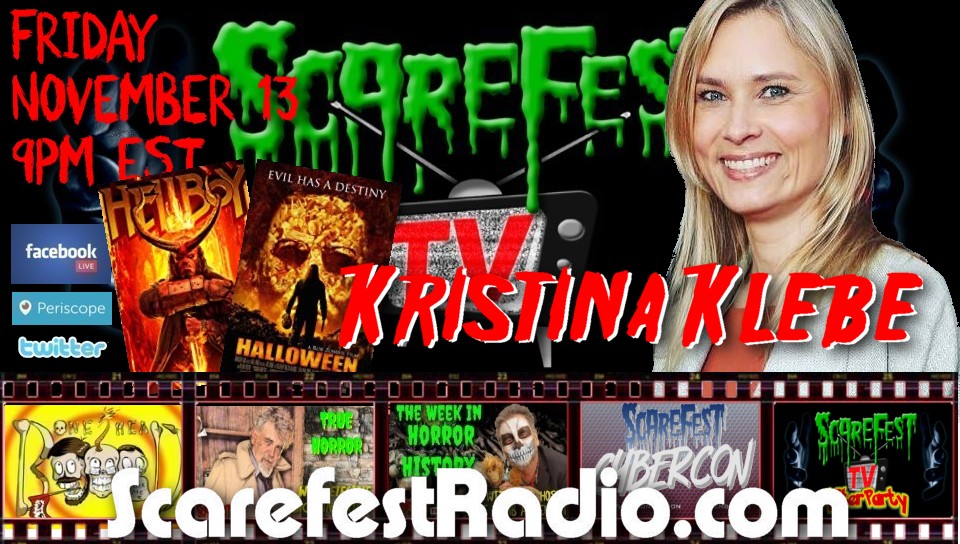 This week Wes is surrounded by the bewitching as he and co-host CC Ann welcome the delightful Kristina Klebe. Kristina is not only an actress, in such film as a Rob Zombie’s HALLOWEEN and SLAY BELLES, she has also stepped behind the camera as well as done voice work for games such as CALL OF DUTY and FRIDAY THE 13TH:THE GAME.

Kristina talks with Wes and CC about her experiences on some of her films, a bit of her production and directing work, what she’s done during the pandemic, and hand building her own voice over studio. True story!

Our regular features bring us a two pack of reviews from Joe Lewis, living nightmares and vampires from the Week in Horror, and the chilling tale behind Amityville’s many horrors from Dick Pinkerton.