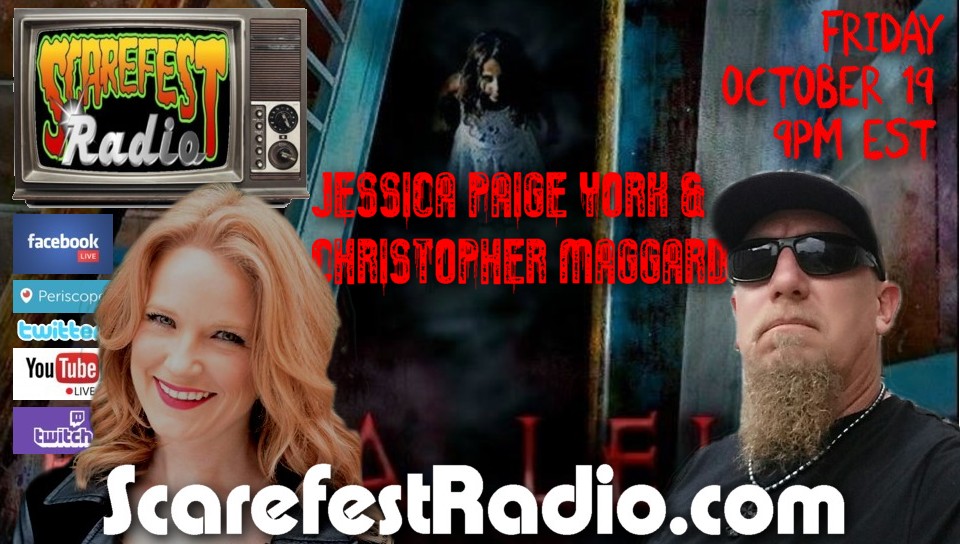 On tonight’s episode Wes gives us a one-two punch with two great guests, Jessica Paige York and Chris Maggard. Both are from the upcoming paranormal horror film Rosa Leigh, filmed on location at the reputedly haunted Poasttown Elementary School near Cincinnati, Ohio.

Jessica Paige York is a Lexington native who began her acting career in church and school plays as early as kindergarten. She spent a few years in New York City appearing in various student and independent films before returning to Kentucky. In Rosa Leigh, she plays one of the four paranormal investigators that is drawn to explore the school only to find more than she bargained for. Though she didn’t witness any paranormal activity, she admits filming at Poasttown was a scary experience. Jessica tells us how working on Rosa Leigh has fueled her desire to work further in the horror genre and gives us some insight on the tight knit film community within the local area. Her next project is a more family oriented film appropriately titled Ghost in the Family, currently touring several local film festivals and even winning the Best Family Film award at one of them.

Chris Maggard is one of the first people Wes met in the paranormal field and is the director, writer, and all around jack-of-all trades on the Rosa Leigh movie. Chris spent several years as a production assistant and working on various paranormal reality documentaries before making the move to feature films. Chris and Wes discuss the key dynamic of having good sound in your movies and the challenges of the film making process from start to finish. Chris also stresses the importance of having a good crew behind you, making sure you have all of your legal factors (such as copyrights) ironclad, and always having contingencies in place in case things can go south while filming. Chris is very passionate about the Rosa Leigh project and is highly appreciative of all of the people that helped make it possible. He also teases some cool biblical symbology Easter Eggs within the movie.

We also see the beginnings of Wes’ Winter Beard and hear that he will be appearing and doing Really Bad Tarot Card Readings at the Paranormal Super Con on Nov 3, hosted at none other than the Poasttown Elementary School. Is this some sort of cosmic alignment? Only Rosa Leigh knows…..