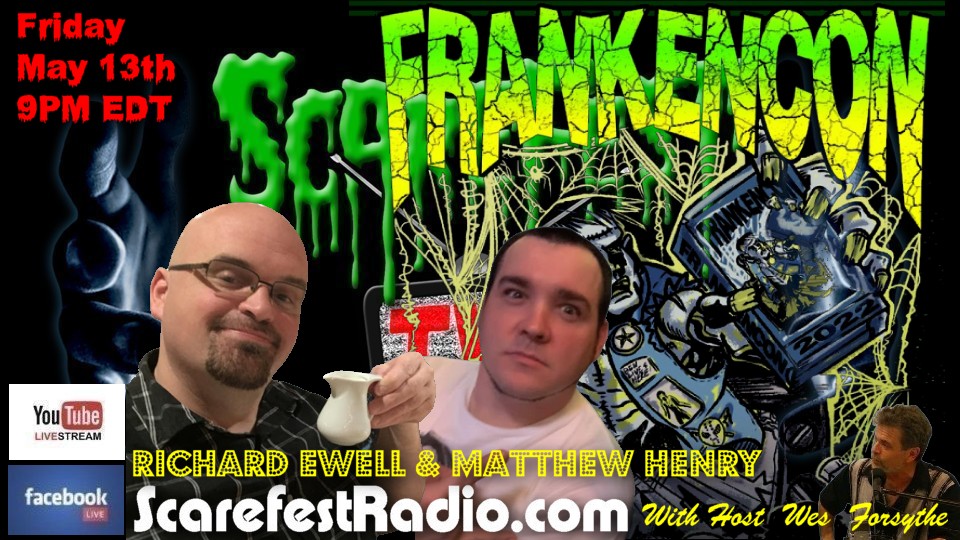 It’s alive!! This week Wes speaks to Matthew Henry and Richard Ewell, two of the twisted minds behind FrankenCon, a new horror con that made its debut this year in Knoxville, TN. Bonus: keep an eye out for an Adrienne Elder cameo.

Matthew and Richard discuss how they moved from being podcasters to organizers of a horror convention along with a rundown of the various guests, live music, and film festival rules from FrankenCon. And we delve into one of the mysteries confounding us today, exactly how many convention centers are there in Knoxville?

In our regular features, we get a few new announcements as well as Joe Lewis’ analysis of the movies of director Ari Aster.