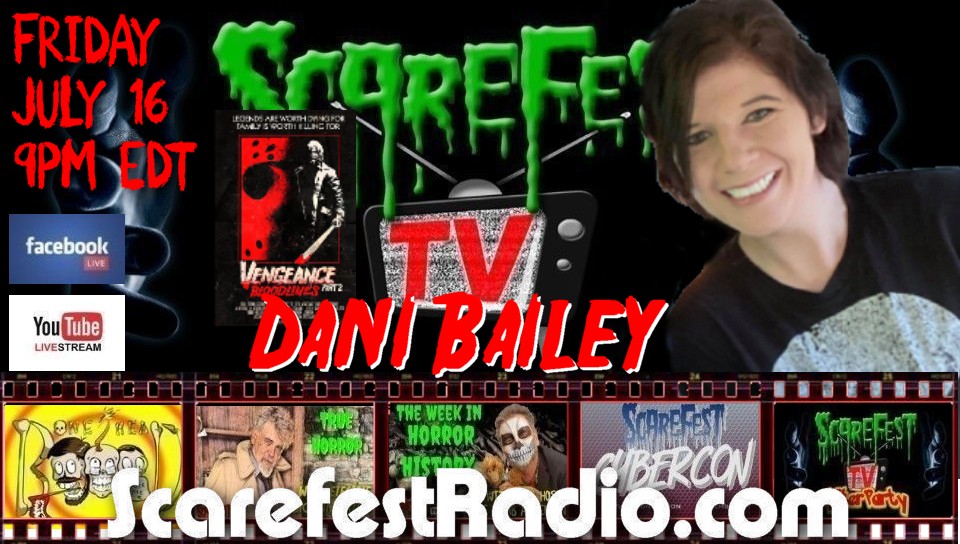 This week Wes and Chad Harlan speak to Dani Bailey about cannibalistic killer Ed Gein. Bailey brings a unique perspective to the table as members of her family were involved in the murder investigation.

Dani discusses elements of the case, shows some crime scene photos, and promises a replica of the infamous belt made of nipples. She also discusses her role in the fan film FRIDAY THE 13TH VENGEANCE 2: BLOODLINES along with other aspects of her growing acting career.

We also get a huge celebrity announcement (hint – think Troma pictures) and Wes gives us news about the high price of horror movie memorabilia and a horror themed escape room.