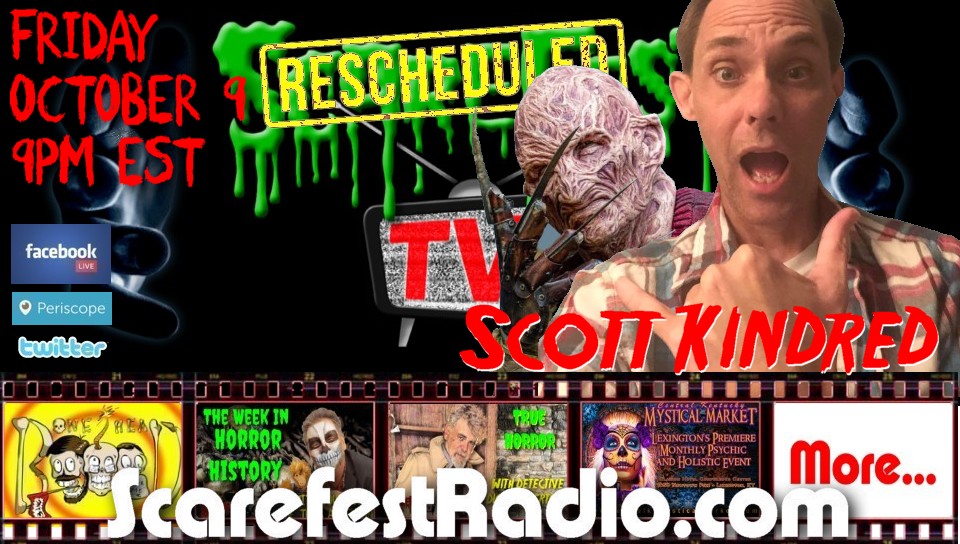 One, two, Freddy’s coming for you. Tonight, Wes welcomes cosplayer/entertainer Scott Kindred to the show. Scott is Scarefest’s perennial Freddy Krueger player and all around nightmare maker supreme.

Wes and Scott discuss the various elements of developing a character, how Scott became involved in cosplay, what other characters he portrays, and what it takes to make a convincing character in person. Scott even shares a great Robert Englund story. Pure gold.

Our regular features sees Joe Lewis’ take on the CREEPSHOW tv series, a female serial killer tale from Dick Pinkerton, and a throwback movie review or two from down-under.

All this and handy tips on what to do with your voting stickers!