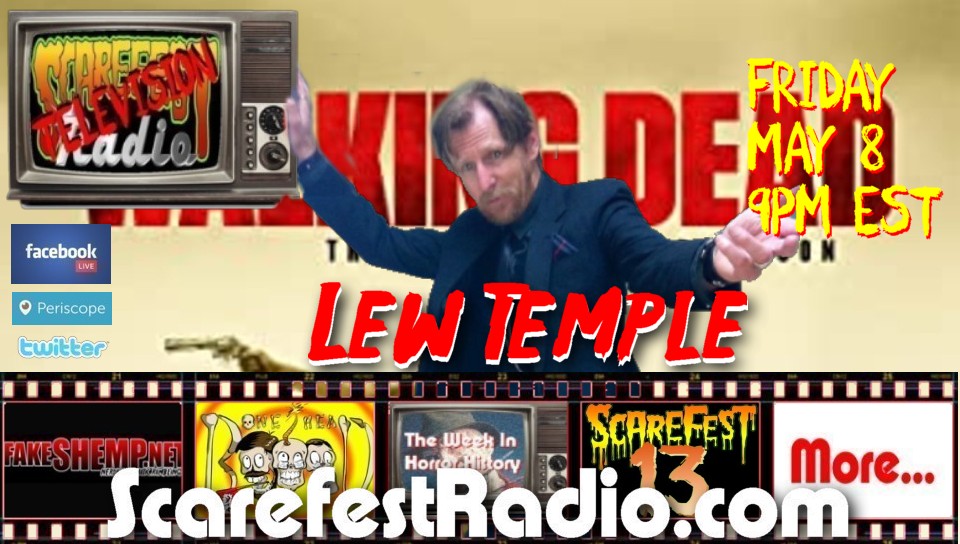 Grab a mint julip and enjoy because this week’s show is a dandy of a treat as Wes and the ever stunning CC Ann welcome a true southern gentleman, Lew Temple. Lew is an extremely versatile actor probably best known as Axel in season 3 of WALKING DEAD but he has also appeared in films like THE DEVIL”S REJECTS and ONCE UPON A TIME IN HOLLYWOOD as well as numerous TV shows.

Wes and CC ask Lew about his distinctive moustache and it’s incredible popularity, share a nice dose of WALKING DEAD talk, and see what he has been doing during the quarantine, including writing the basis for a new show about Kentucky. Lew also shares several stories of working with heavyweight filmmakers like Quentin Tarantino and Rob Zombie.

We get two more celebrity announcements including another former member of the WALKING DEAD cast and a local phenom that is making his way into Hollywood. We get a bit witchy with the Week in Horror, go family friendly with FakeShemp and Joe Lewis takes on another remake.