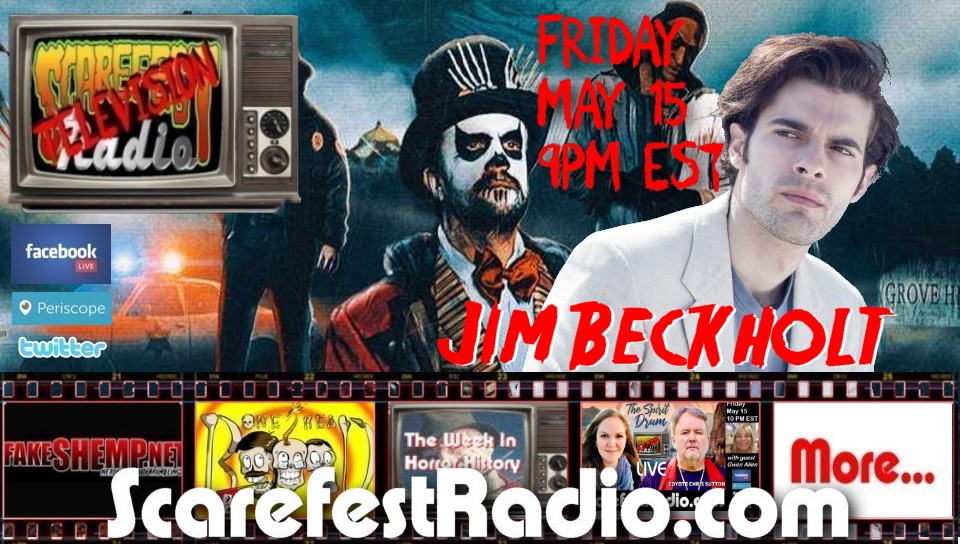 Wes and Billy ask about Jim’s many experiences filming the horror movie CANDY CORN and the mind set that Jim had portraying a character so far from his typical comedic persona. Along the way Jim also discusses his future acting direction, influences, and who his dream co-star would be.

In-between the interview, FakeShemp gives us a unique zombie film, Joe Lewis takes on HP Lovecraft, and the Week in Horror is chalk full of historic goodness. Plus we see the entries in the BLAIR WITCH apology contest. Roll that beautiful found footage!

The big question is, when will Wes roll out his Monty Python-esk Lady impression? We hope it’s soon!