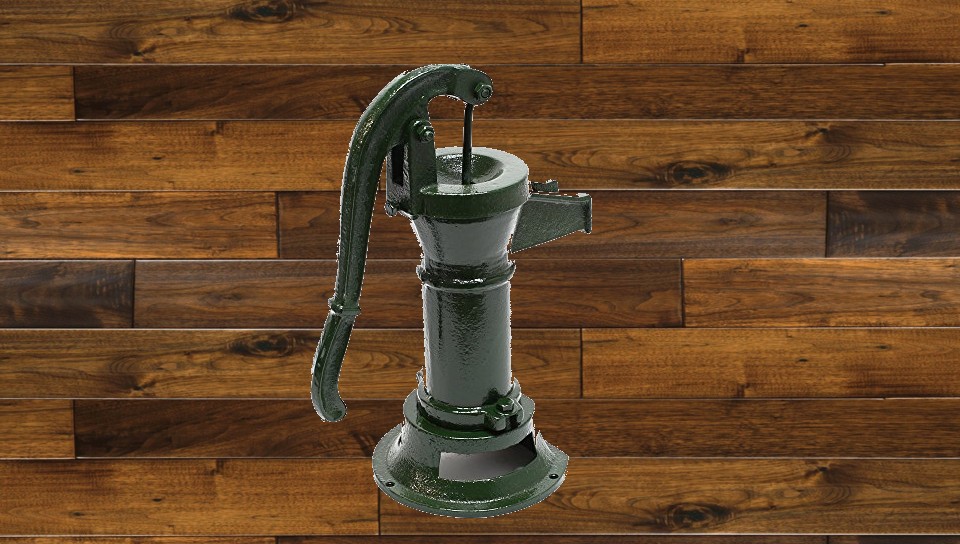 In the past when my dreams contain vivid details of a location where I have never been nor ever seen, those locations have on occasion presented themselves to me at a later date.

This particular location is the Rohs Opera House, an old and historic movie theater in Cynthiana Kentucky…but it’s not.

One of the features of this dream version is a well room. And by “well room” I mean a room with a fresh water well in it. In my dreams this room is circular in shape and paneled with beautiful tongue and groom lumber. The well sits off center of the room and has an old hand pump. The water is clear and cold.

The actual Rohs is said to sit on top of a water vein so large that it is described as an underground river. But there is no well room and any location of a past well is mere speculation (and then speculated to be nowhere near the location of the well room in my dreams.

Behind the well room is another paneled room. It’s about 12 to 18 feet square and is pretty much empty except maybe for a few nondescript shelves. Interestingly these two rooms are the paranormal “hot spot” in my dreams.

I remember in the dream, describing the well room as the most paranormally active room in the building except maybe for the hallway adjacent to the Aeolian Hall (the original theater room) which is a real place in the real building.

Basically the Rohs Opera house of my dreams won’t quite fit inside of the actual Opera House. I would guess that the real one would have to be 20 to 40 feet wider to accommodate the extra rooms of my dreams. For example in my dreams, when you enter the building there is a hallway to your left. The first door on the right leads to the well room via a fairly short, narrow downward staircase. I think there are one or two more doors down that hall that I have never explored in my dreams.

The hallway does exist, but all of the doors are on the left (street view offices) and to the right is a solid wall bordering the main staircase that only goes upstairs. It’s also much wider in my dreams than real life.

There are also several of what I would call “grand rooms” on all three floors of the dream version between the street and the main theater. If you have ever been to the Rohs, I would just describe it as the existing building plus a historic and beautiful, multi-level living space adorned with antique furniture.

The other standout feature of the dream Opera House is access to a maze of tunnels that lie under the town. There actually used to be some tunnels along Pike street where the Rohs sits that gave merchants access to underground storage areas. Whether or not they were connected is lost to history and legend. But the tunnel of my dreams runs under the downtown, deep beneath the “Hilltop” where the high school now sits and beyond into the industrialized river valley before.

As a side note, in some of my dreams I have explored these tunnels. I discovered the entrance in the Rohs (which was hidden behind a wall in that room behind the well room). I found where they come out in the valley in at least one dream. That end was actually opened up at some point between my dreams to reveal how large the main tunnel is. It’s huge…like large enough to drive a train into. Beyond the entrance it splits off underground into smaller pedestrian size tunnels.

Another point of weirdness is that my companion in most of the dreams is my best friend from high school. In the real world he is someone that I am in touch with occasionally, but he definitely is not interested in ghost hunting or participating with me in tunnel exploration.

In the dream someone was hosting a fairly small paranormal conference and ghost hunt at the building (a not uncommon occurrence at the real world version). I was borderline pissed off at not being included. After all, I am considered an authority on the location (real world) and I discovered the tunnels (dream world). I was completely mystified that they had the well room locked up and was not letting anyone near the tunnels. This is when I made the observation that if you’re going to have a paranormal investigation you have to allow access to the most haunted part of the building: the well room (possibly second only to the upstairs hall once again).

That’s what I remember about my dream. I’m waiting to see if it hides some great life lesson or if that well room and tunnel exist somewhere. Time will tell.,

If any of my readers have an interpretation of the symbols in this dream feel free to contact me at scarefestradio@gmail.com or via my social media.