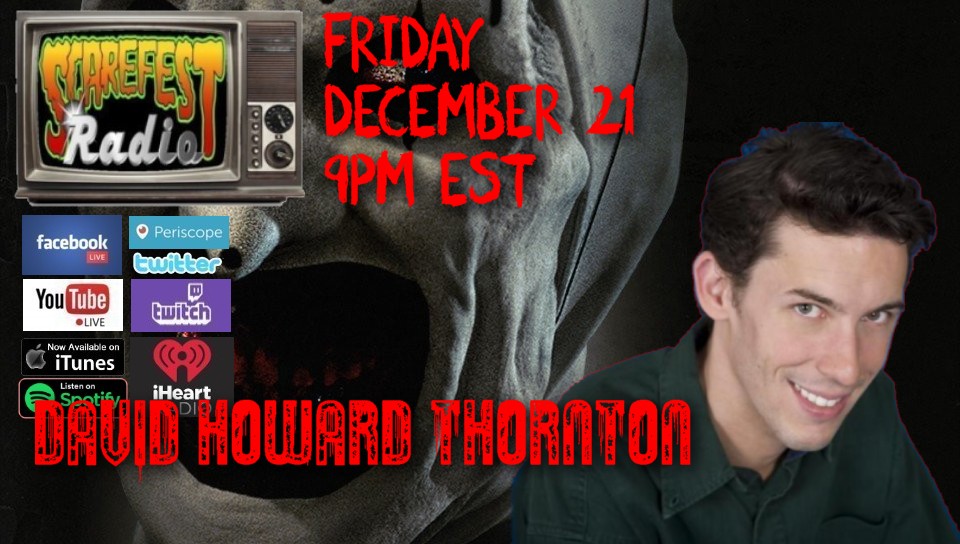 This episode Wes and co-host Jason Boyd welcome Scarefest 2019 featured celebrity David Howard Thornton to the show. Most of the show is naturally dedicated to David’s breakout roll in 2016’s Terrifier as Art The Clown.

They cover his history from his youth in Alabama and church theater to his recent projects including playing The Joker on the web series Nightwing Escalation.

Slinking around in clown shoes? A voice over artist without a speaking line? The infamous hacksaw scene? Oreo cookies? It’s all covered here.