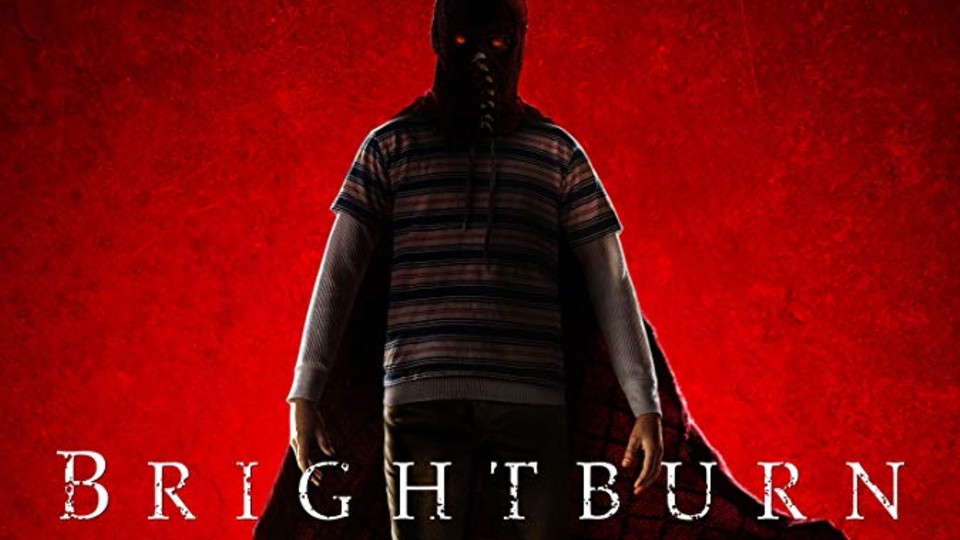 It seems like the cinema is flooded with superhero movies nowadays but how many of those also carry with them the element of horror? I’m going out on a limb to say…zero. Then along comes BRIGHTBURN, a hybrid that mingles the superhero trope with elements of terror. Though it’s box office performance was lukewarm, the movie provides an interesting alternative to the standard superhero film and shakes things up a bit.

BRIGHTBURN starts off as a very familiar story, one a lot of people will know. A human looking alien baby crash lands in a small town in Kansas and is taken in by a friendly, farming couple as their own son. Years later the boy begins to develop superhuman powers and discovers that he is more than human. We recognize that story, right? But what happens when this boy, who has been bullied for years for being different, realizes he is superior to the beings around him and begins using his powers to terrorize and destroy them?

BRIGHTBURN takes the superhero trope of Superman and gives us a more realistic take on what a being like that would do with his powers if he grew up in the less than idyllic world of today. The boy, Brandon Breyer (played by newcomer Jackson Dun), lives a sheltered life on a farm with his mom (Elizabeth Banks) and dad (David Denman), which seems to leave him socially awkward. He is practically a loner at school, bullied because he appears to be smarter than most of his peers. When his powers begin to manifest he begins to lash out like any angst ridden, hypersensitive pubescent kid might but in far more horrifying ways.

Imagine the brutal destruction an angry, confused adolescent could wreck with all of the commonly known powers of Superman like superhuman strength, flight, super speed, and heat vision. BRIGHTBURN gives us a taste of what this would be like in some surprisingly gruesome ways.

Given the nature of the movie, it’s not your traditional horror movie in a sense but the thought of a uncontrolled god-like person unleashing itself on a world that is virtually powerless to stop it is pretty terrifying. Who hasn’t ever thought about what would happen if some renegade superpowered nut job decided to fry people with heat rays or tear them in half like tissue paper because they’ve had a bad day? Or just simply for the fact they don’t like you?

My only fault in this movie was it’s short run time of 90 minutes. They are quick to get to the story but it feels like with an idea of this nature, you could have teased a slightly longer narration and really cranked up the horror volume to a 12 or better. Then again, it does deliver a simple story that may have suffered if they complicated it too much. It has a few brutal scenes but less than excepted based on the initial vibe the trailer seemed to imply, however the deaths are suitably horrific.

Personal side note, I ask anyone, when a light explodes over your head, why would you even think to look *directly* up at it? You’re just asking for punctured eyeballs, right?

Was the movie great? No, but it wasn’t bad. It had incredible potential. Should you watch it? I think if you are looking for a different breed of horror, something like a funky cocktail that sounds weird but decent, give it a viewing. If nothing else, the movie is relatively short and the acting is decent. Elizabeth Banks turns in a great performance as the overprotective mother that refuses to believe her child could be a monster in the making. The special effects are also very well done too.

The deconstruction of the superhero always becoming a good guy once they discover their powers isn’t a new story. The comic medium has been doing it for decades but it is relatively new to the movie and television format. Even though BRIGHTBURN had the potential to do so much more with the story, it did show that the element of horror could be blended into this genre to make a distinctive kind of movie. Hopefully this will open the door to a few other experiments in both the horror and superhero genre.

BRIGHTBURN is currently playing on STARZ and is available for rental through various other streaming services.