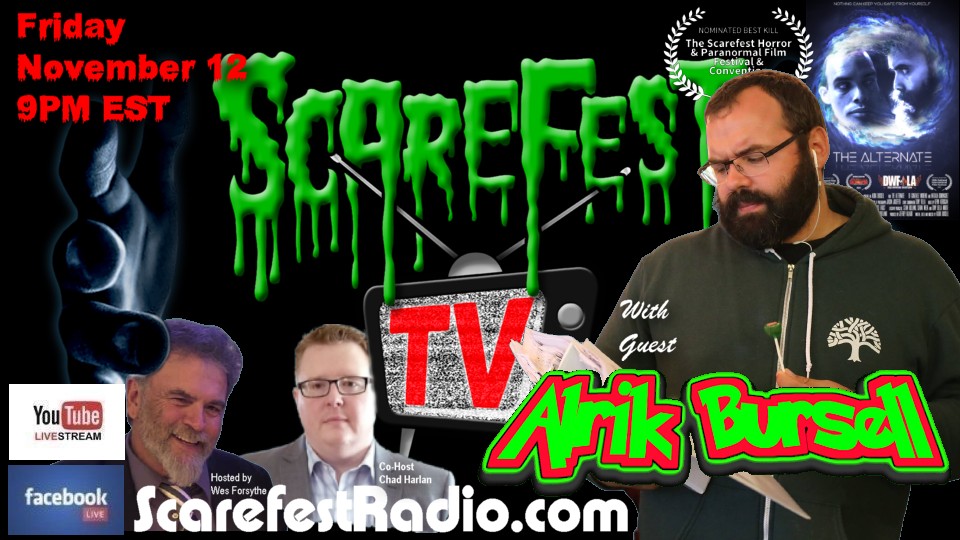 This week on Scarefest TV, Wes and cohost Chad Harlen welcome filmmaker Alrik Bursell. You may recognize the name from last year’s filmfest as Alrik’s film The Alternate made it’s Scarfest debut. Nominated for ‘Best Kill’, The Alternate was a fan favorite and Alrik walks us through were the idea for the film came from and how the film draws inspiration from real life.

Alrik is one of the hardest working independent filmmakers around and that has led him to work some of the greats like Francis Ford Coppola. Alrik talks to us about where his love for filmmaking began and what projects he has in the works. His podcast, Making Movies is Hard, dives further into the world of independent filmmaking and explains why making movies is hard (see what we did there).

If you’re a filmmaker and want to hear firsthand what it’s like making a film or what it’s like getting your film into the film fest circuit, this is the episode for you. Plus be sure to stick around until the end as our resident Bonehead, Joe Lewis, reviews the latest in the Halloween saga.