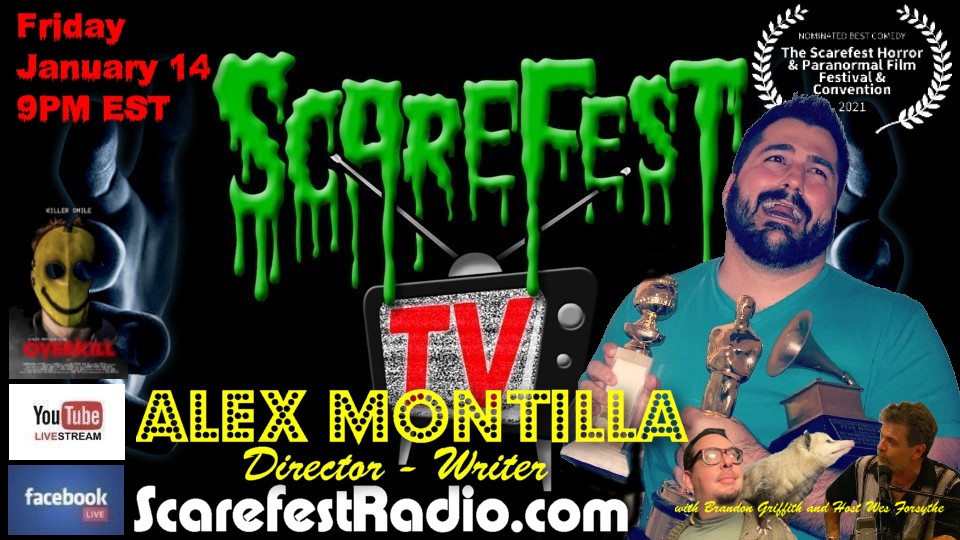 This week Wes and co-host, mega-celebrity boss Brandon Griffith, welcome Alex Montilla to the show. Alex is the director and writer of the short film OVERKILL, a clever spin on the iconic slasher movie cliché.

Alex, who is usually known for comedy projects, discusses the development of OVERKILL, what it’s like to tour the film festival circuit, the future of OVERKILL as well as detailing a little of his previous editing and production work.

In our regular features, keep an eye out for those celebrity announcements as well as Joe Lewis’ insightful take on the HBO series LOVECRAFT COUNTRY.