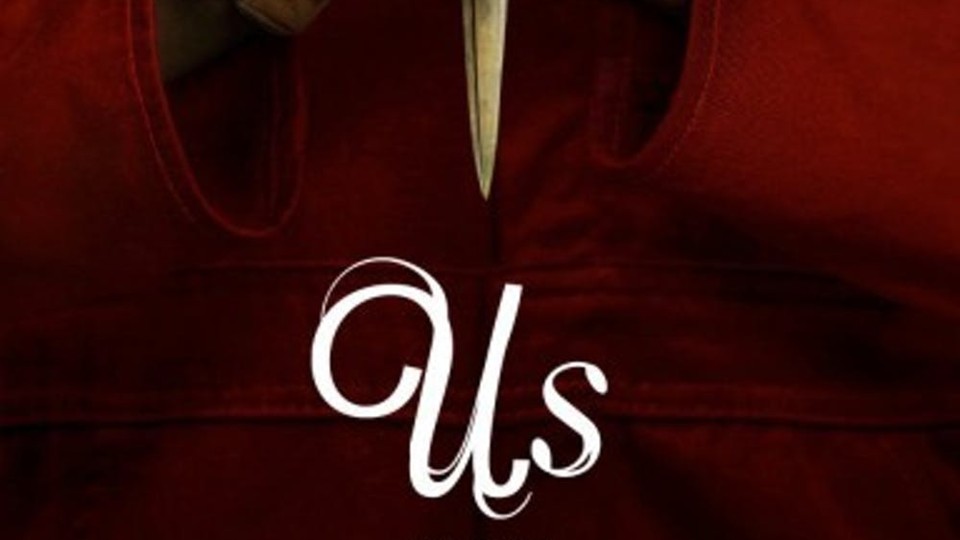 Prior to the success of GET OUT in 2017, I would have never thought of Jordan Peele, primarily know for his goofy antics on the KEY & PEELE SHOW, as a horror director. Peele has proven that he has a knack for making films that can get under the skin and give viewers the creeps. His most recent movie, US, shows that Peele is growing in his ambition as a horror director by branching out into even weirder territory than GET OUT and embracing a darker side than anyone that has ever watched the KEY & PEELE would imagine he was capable of.

The movie centers around the Wilson family, set to spend a vacation at a beach house near Santa Cruz. Adelaide Wilson (Lupita Nyong’o) is uneasy about the trip due to a bizarre incident she suffered in a funhouse in Santa Cruz when she was a child, leaving her full of anxiety. Her husband Gabe (Winston Duke) tries to assure her everything is going to be fine. Later that evening the family is terrorized by a family of violent duplicates of themselves, dressed in red and intent on killing the Wilsons. The family has to fight for their lives against their dopplegangers and try to uncover the reason behind their murderous attack.

US is bit of a hybrid of horror tropes. On one hand, it is a slasher flick. The disturbing dopplegangers stalk the Wilsons with the ruthlessness of a Jason Voorhees or Michael Myers. Yet, there is a layer of psychological horror to the film as well. The duplicates, that call themselves The Tethered, are exact opposites of their counterparts but they are still that person. They mimic their thoughts, and in some cases, even their actions. It’s the darkest portion of a person’s mind set loose to physically assault them. The thought of the darker side of a person’s nature being given a life of it’s own is terrifying.

Admittedly, it does take a little while for the movie to really get going. There is a decent amount of set up involved, which does make the beginning kind of drag a bit but it does a great job of setting up the tension and emotional drama that follows. Once the Tethered appear, the pace picks up like a roller coaster.

The movie isn’t ultra gory but it does have it’s moments of bloody fun. Considering the Tethered’s weapon of choice is a pair of super sharp scissors, there’s going to be a little blood involved. And yes, they do run with them! It’s pure madness.

There is a also a dose of dark humor on the side to break up the horror. I think Jordan Peele does a good job of balancing the fun with the frightening. My main hesitation about Peele being a horror director was the fear his movies might be too full of jokes, which in my opinion tends to water down a horror movie if used too much. But Peele seems to know how to blend the chuckles with the terror just right.

The acting really stands out. Nyong’o especially is terrific. She is outstanding at both verbalizing her whirlwind of emotions as Adelaide and using her body language to create unnerving menace as her Tethered duplicate Red. The only place where things are a little uneven are the child actors. At times, they kill it but in other parts they seem a little wooden and stiff as themselves. However, the both give spot on performances as their Tethered counterparts.

My one beef with US is something I usually don’t complain about, which is not knowing enough. Typically I’m not a fan of being led by the nose and told every aspect of a movie. I like to experience it rather than being narrated to. Sometimes it’s the mystery of the monster or ghost or whatnot that makes it scarier. It’s the fear of the unknown. Yet, with US, the Tethered are given an interesting story but there are so many mysteries left unanswered that they almost fall into the category of Plot Hole. What is their REAL purpose? We are told that we made them but the details are vague so the viewer is left guessing.

The movie does have a little of a political and social undertone but it is subtle. Some people may not like that in their horror movies. The Tethered seem to represent the “have not” society. Those people that are forced to live in the shadows, forgotten and mistreated. Their rebellion against their counterparts in a way reflects the anger some feel toward those that have all of the nice things in life and want to destroy those that are deemed better than them. In a way, I see it as US reflecting true life horror.

I can’t say US is a masterpiece. It has it’s weaknesses and there is a interesting twist at the end that viewers will either love or hate. But for the most part it’s a strong addition to the horror genre. Some might walk away shaking their heads from the oddly ambiguous ending. Others might find a greater meaning in it that I missed. Either way it is a good way to kill two hours.