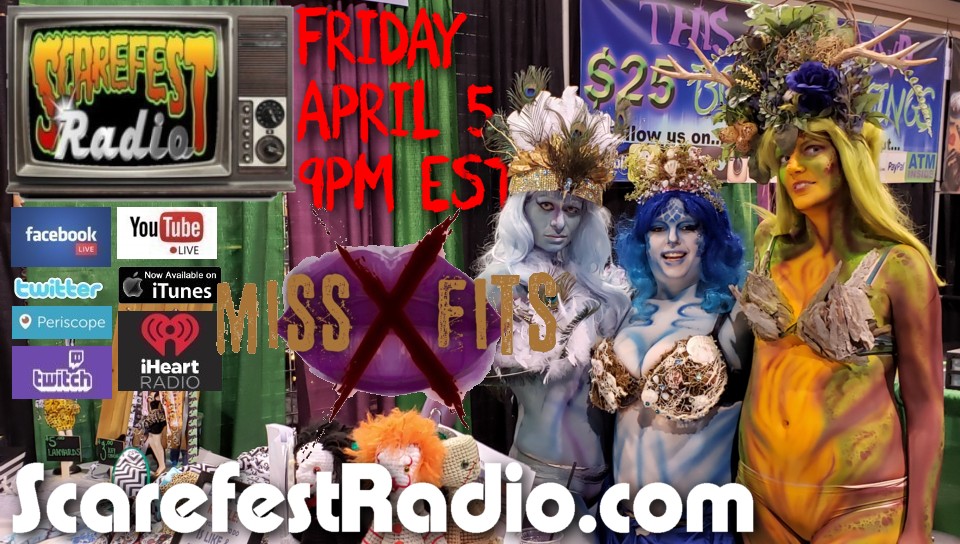 It is officially Scarefest season! On this episode, Wes flies without a co-pilot and interviews the MissFits, a group of creative and brave women that make appearances in body paint at haunted attractions and conventions throughout the Unites States. They bring with them the fantastic tenet that everyone is beautiful and that women do not need to be afraid to participate in events like body painting because of their perceived “flaws” but should instead embrace everything that makes them who they are and realize that everyone is, in truth, beautiful.

The MissFits were formed when several of the members noticed that there were so many body types not being represented in cosplay and at conventions. From this realization they forged a new group of ladies willing to promote feeling good in one’s own skin and began to participate at several events in body paint. During the interview, Wes speaks with each of the present members to learn their various struggles with body shamming issues, whether it be weight or body dysmorphia matters all the way to recovering from a mastectomy, and how each team member has triumphed over these hardships to embrace their own true beauty. The team works with a body artist from Orlando to create the great looks we’ve seen each of the past 3 years at Scarefest with hopefully many more to come. We also learn that body paint is hard to remove and that the ladies will be performing Latin and burlesque inspired dances this year.

With it being the kickoff of Scarefest season, we get our first celebrity announcement in the form of Kane Hodder, famed stuntman and Jason Voorhees portrayer. To coincide with this there will be a Friday the 13th cosplay day with prizes for the best victim and best villain. Also true to form, we learn something new about Wes, he is a classically trained ballroom dancer. Who knew?!