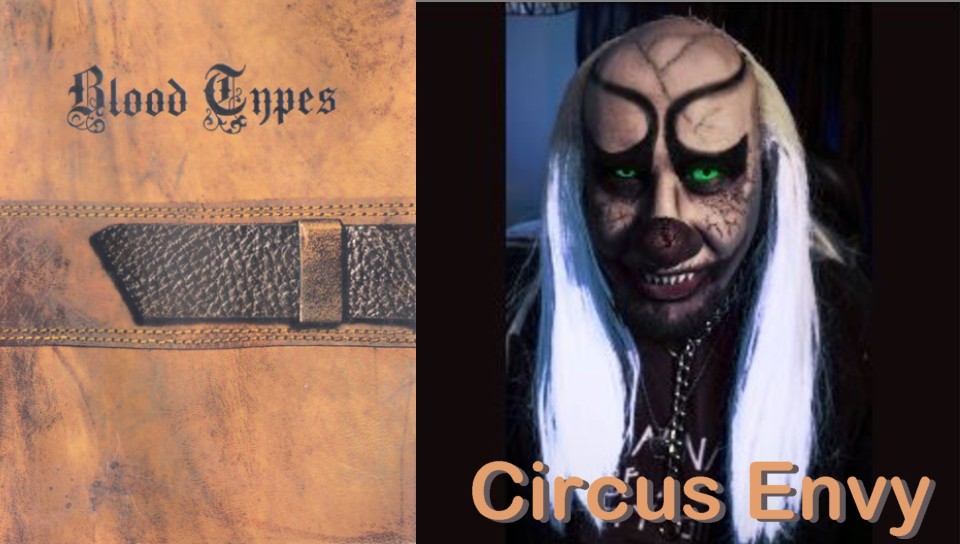 Every town had its ghost. Jersey boasted of its nefarious devil while a disembodied with echoed in the caves of Tennessee. Robert the doll retired in sunny Key West and Jodi the demonic pig claimed a charming Dutch colonial on Long Island.

Per capita, Atlanta’s Fulton Industrial Boulevard was chocked with more spirits than Gettysburg but no one cared. Notorious for crack cocaine, plebeian strip clubs, and high crime; the “FIB” (as it is often dubbed) befitted an episode of “COPS” more so than a paranormal investigation. Most sightings were dismissed because witnesses were high off their gourd. Even credible accounts were shelved after novice ghost hunters were mugged a few years back. The perpetrator held them at gunpoint demanding THC; allegedly because he he had misheard a discussion regarding “electronic voice phenomena”.

Since then, the paranormal community unanimously decided that documenting the ghosts of junkies was hardly worth facing the live ones. Nonetheless, this was a place of incessant tragedy; haunted by some taken too unexpectedly to understand they were dead while the lucid among them stayed for fear that judgement awaited them elsewhere.

At 4 AM on a Sunday morning, even the spirits were warily still. By this hour, the clubs had closed and casual partiers swerved drunkenly back to the suburbs. This was an unspoken “last call” for finding drugs, prostitutes, or both before sunrise. These darkest hours were dominated by hard criminals and desperate addicts. Only fools dare walk among them and tonight just such a fool made his way home on foot.

Envy elected his path as it offered the least amount of human interaction, reasoning that most would be too occupied with drug deals to notice him. Normally, he savored turning heads in areas thought to be jaded beyond shock but tonight he was too tired to care. At times like these, a fifteen minute detour through the valley of death was better than an hour of public transit.

Wisps of white hair frame his face, smudged with haplessly applied makeup and sprawling veins. Some would reason that a man in such attire demanded attention. Contrarily, the makeup was a sleight of hand; designed to distract and disguise features he perceived as weakness. The pointed teeth and thin skin were part of his natural appearance and an ideal pallet for the clown. When in character, he became the life of the party as opposed to being treated like some dick with a handicap. No one knew where the costume ended and the anomaly began.

With such an uncanny appearance, both in and out of makeup, Envy was no contender for day jobs. Making the best of a bad situation, he earned his living as a caricature and even at that the choices were limited.

Homewreckers was renowned for its unconventional strippers. Men came here when they were tired of enormous implants and mall hair. They were keeping it real! Envy’s clown shtick and overall disdain seem to jive with the lowbrow clientele, so the club recruited him as resident shock jock. Such an opportunity would have been ideal if only it included transportation, which brings us back to the predicament at hand.

“What’s up, man” mutters Envy, attempting to disarm the first vagabond he encounters. He fishes a dollar out of his coat but the recipient is too stunned to accept. Obligingly, Envy retracts and resumes walking. Now twenty yards away, the man is finally able to muster words, “Oh hell no!” Alerted by the vagabond, watchers stir under the cloak of shadows waiting ahead.

“Should’ve taken Uber,” murmurs Envy to no one. It wasn’t too late to call and he has 20 something dollars in his pocket, “but they don’t take cash” he concludes. Too lazy to trek back toward public transit, the clown trudges on.

The next five minutes are uneventful. His mind begins to ease as he approaches the crossroad, until his cell phone begins ringing at full blast! Envy vigorously searches his pockets for what seems like an eternity. Once locating the phone he fumbles, all the while debating whether he should answer or silence it. Hoping the unrecognized number is someone with a car, he chooses to accept the call. “Yeah?” he grumbles more loudly than intended. He recognizes the voice at the other end as his sound guy, Frosty. After seconds of intangible murmur from the other end Envy decides to state his plea, “Frosty…it’s me, Envy. I need a favor.” Although Frosty remains aloof, the request does not go unheard.

Sensing he is no longer alone, Envy snaps shut the dated flip phone. The lingering glow of the screen temporarily blinds him but stammering footsteps suggest he has drawn a crowd. Moments pass but no one utters a word.

Always a clown, Envy attempts to break the ice. “Hey guys, want some VIP passes for the club?” He pauses for reaction but to no avail. Less fearful of mortality than a failing joke, he proceeds to the punchline. “Or does your Mom put you on the guest list?”, but still nothing. “Tough crowd, what I’m saying is your Mom’s a stripper…” “Why you dress like that?” asserts one voice. Before Envy can respond, a second voice interjects, “You want yo’ ass kicked?” Envy conceded, “I’m in the ghetto at 4 am dressed like a clown; I figured fighting was a possibility.” Without adieu, the men attack from all sides. More aggravated than frightened, Envy fights back. As his eyes readjust he counts five or more and knows it’s a losing battle.

Clarity is short lived as a blow just above his right eye sends blood streaming into his line of vision, tinging the night with red. Repeat kicks give way to an audible snap deep within his abdomen and his head grates violently against the pavement.

Envy dissociates, taking inventory of each item on his person and how to replace them. The cash is no big deal, but he’d have to get a new ID and that was always a pain in the ass. Fortunately, he left his cherished flask back at Homewreckers, having emptied it earlier in the evening. If anything, he worried about his shitty cell phone. It was ten years old and sure to die soon but not before he saved the numbers!

Like clockwork, the beating stops and pillaging begins. As predicted, they grab his cash and ID before dispersing.

Envy remembers clutching the phone when the attack began. Peering with only his left eye intact, he spots it lying ten feet away and beings to crawl. The pain is inexplicable but he resists groaning as the men can still be heard nearby. After dragging five feet, the damn thing starts ringing again! One of the men returns to collect the phone. “Hey, you don’t want that piece of shit…” but Envy’s reasoning is met with a kick to the face, rendering him unconscious.

Envy awakes. Though the assailants are nowhere in sight, he finds himself surrounded by onlookers. A jovial figure parts the crowd with his loyal dog in tow. Suddenly, the dog sprints ahead, greeting Envy with affectionate licks. “Tigba, don’t go loving all over that clown. You don’t know where it’s been.” The man laughs heartily at his own humor.

There is something familiar about the man but Envy fails to place him. He is elderly with a complexion as warm and rich as cocoa beans. Shimmers of white hair sprout from beneath his hat, continuing more sparsely along the chin and jawline. Though his face is etched deep with aging, the eyes reveal a childlike mischief.

Clutching a cane in his right hand, he kneels for a closer look at the injured clown. Prodding Envy’s abdomen, the man seems to hone in on just the right areas. “… think I got some broken ribs.” Envy awaits confirmation but the old man just keeps poking. The clown flinches as he jabs a particularly sensitive spot. “Hey, you a doctor?”, but he still pokes. “You aren’t as ragged as you think” resolves the old man, rising back to his feet. Tigba offers a single bark as though agreeing. “Did you see what happened?” counters Envy but the stranger seems disinterested.

Suddenly the clown is struck with a grim revelation, “Am I dead?” he utters aloud. The question stirs the crowd who anxiously whisper among themselves. The old man savors the tension, responding only after considerable pause, “Halfway” without further explanation.

“Wait. What?” Envy sits upright and the pain fades like a waking dream. “Did you all die here?” Envy searches those around him for answers. Some fade where they stand while others begin to stray. Only a third of the original group remains viable and present.

“They won’t hear it,” says the old man of those deserting.

“What about you? Did you die here, too?”

“Me? Nah. Just passing through… Lawd, I was born a rambl’n man!” The man ends his off key rendition of the Allman Brothers with a peel of laughter but Envy is not amused. “Who are you?” Ever evasive, the man replies, “Depends who you ask,” then punctuates with a laugh. “Are you the devil?” The man contemplates but offers no retort. Envy grates on, hoping to provoke an honest answer, “Cos I don’t think God would be such a prick.” The man’s brow furrows, “Those the only two in your Rolodex?” Envy replies, “Well… my phone was stolen.” The man rejoices in sweet irony.

Envy guesses it must be close to sunrise as light increases ever so subtly. Like darkness itself, the remaining ghosts fade silently until there are none. As dawn breaches Envy notices light hailing from the southwest rather than the east. “What the hell?” “La dame du cimetière,” announces the stranger. “That means nothing to me,” the clown confesses.

“She’s here!” raves the old coot. From his coat he pulls a flask and passes it to the clown, “Something to take the edge off.” Envy initially declines but nervously accedes as the light anomaly grows nearer.

“There she is,” the rambl’n man marvels. Envy’s eyes dart in the direction of his voice but he is nowhere to be seen. Tigba has also vanished, along with the street, trees and all that surrounded him an instant prior. Now there is only light, enveloping Envy in its euphoric brilliance.

A shrouded figure emerges. As the figure touches ground, the light climbs upward until swallowed by the heavens. Now the clown and his visitor are alone in the dark.

The entity is feminine; a skeleton cloaked in jellyfish skin. The translucent flesh drapes freely beyond the shoulders but girdles the neck and skull; stretched like a drum over hollow, eyeless sockets.

Her ghostly figure dissipates, extending her presence in the form of extrasensory vapor. Envy basks in her essence. Once absorbed through the skin she begins adapting his body, making it viable for possession. While imparting the gift, she offers a glimpse of her former self. The skull morphs revealing a vibrant woman with fair hair and features. Most salient are her phosphorous green eyes.

Without warning the light above rekindles and extends its beam to rapture the girl. Her essence is torn from him; reverting his senses back to mortal infirmity. Momentarily, his consciousness flickers between light and reality until the latter prevails. Envy finds himself returned to the aftermath of having just received a kick to the face. Avoiding a second kick, he catches the man’s foot midair and send him flailing to the ground. Quickly, the others rush to his aid, ready to annihilate the clown.

Envy’s eyes grow green with rage. The same energy spreads throughout, mending wounds and imbuing the clown with unhallowed power. The men babble with fear as the clown rises to resume his poise. Such an occasion would normally call for an impeccably timed wisecrack but tonight Envy doesn’t feel the need to deflect.