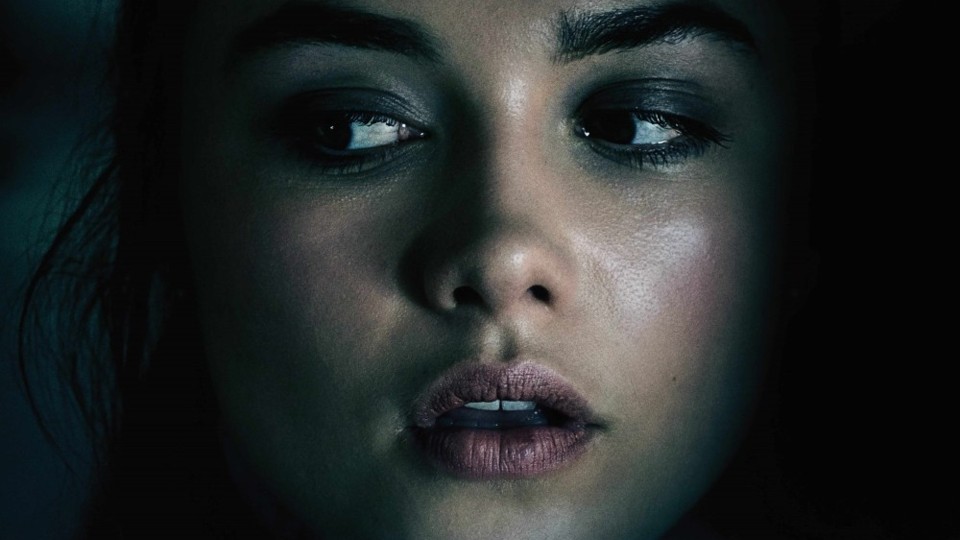 Malevolent is an example of how a film can have a completely different flavor from its trailer. It is a British film by an Icelandic director that was picked up for US release by Netflix. I’ll let that sink in for a second.

The trailer wasn’t the typical trailer with screams peppered throughout fleeting images of potentially the best parts of the movie like many trailers today. It seemed a bit quirky with a dash of menace. It felt like a non-domestic offering, something I feel hints at potential, since those movie aren’t mainstream Hollywood. Sadly, the movie fell a little flat in comparison to the trailer.

The movie starts off with an intriguing premise. Siblings Angela and Jackson run a fraudulent paranormal investigation team in Scotland in 1986. The four member team, rounded out by cameraman Elliot and technician Beth, scam their clients by claiming Angela can cleanse their haunted homes with her psychic powers. Complicating matters is the fact that Angela’s talents as a medium may not be entirely fictitious, as she has started to see disturbing visions. Things take a sinister turn when the team is called to cleanse a country manor house with a very dark history.

Paranormal teams biting off more than they can chew is not exactly a new story yarn to spin. Some might even call it cliche at this point but the added facet that this team are con artists has at least made the story feel like it has a fresh coat of paint. In a time when TV is saturated with paranormal investigative programs, this element teases the viewer to hang around to see what happens.

Regrettably, the movie does not pay off the decent set up. The first hour of the movie builds a reasonable amount of tension about the gruesome nature of the murders in the old foster home and the spooks that still lurk about. Some eerie ambient music sets a nice gloomy tone. However, without spoiling the movie, there is as a reveal in the third act of the movie that severely changes the dynamic of the movie, taking it from a simple ghost story to a bloodier, uglier tale.

I liked the movie up this point but I personally thought this was where the movie sort of fell apart.

The movie is under 90 minutes, so it doesn’t have time to drag. It gets to the meat of the story quickly but about the time you have settled into the ghost story then the story switches gears. The ending gets intense in the last 20-25 minutes but, again, the tonal shift in the third act makes it feel like a different movie and, frankly, a bit muddled.

There are tidbits of sweet potential sprinkled in the mix in the earlier parts of the movie. A few obligatory jump scares, some that work but others don’t quite hit on all cylinders. There is some creepy mythology that goes into creating the story behind the haunting that could have been fleshed out to build more suspense. Based on the siblings’ family history, there is some doubts presented whether Angela is truly gifted or just mentally disturbed. Neat idea to introduce to keep viewers on their toes but it’s largely ignored.

Unfortunately, the end result just isn’t that scary. There were a few scenes that the shots meant to build up tension dragged on a little too long without much payoff. The ghost’s were little girls, and dead kids are always a bit disturbing, but these ghost girls weren’t all that frightening. I’ve seen scarier ghost in network TV shows like Supernatural or The Chilling Adventures of Sabrina. There is some modest gore in the last act but it was more wince inducing than terrifying. The scares just never fully manifested.

The acting is good but can be spotty as the movie progresses. Florence Pugh, who plays Angela, has starred in a few critically praised films. She doesn’t get much of a chance to flex her talents though as Angela’s character is a written as detached and bit sullen. Ben Lloyd-Hughes does a commendable job of making Jackson unlikable but sometimes gets too hammy. Celia Imrie, a well accomplished British actress, plays Mrs. Green. She more or less steals the show and is the only one that gives a real solid performance.

Again, elements were there for a respectable movie but it feels like the director, Olaf de Fleur, may have let some juicy facets of the story go underdeveloped. The switch between supernatural horror and more mundane terror in the third act left the movie feeling a bit disjointed.

Malevolent is currently playing on Netflix.