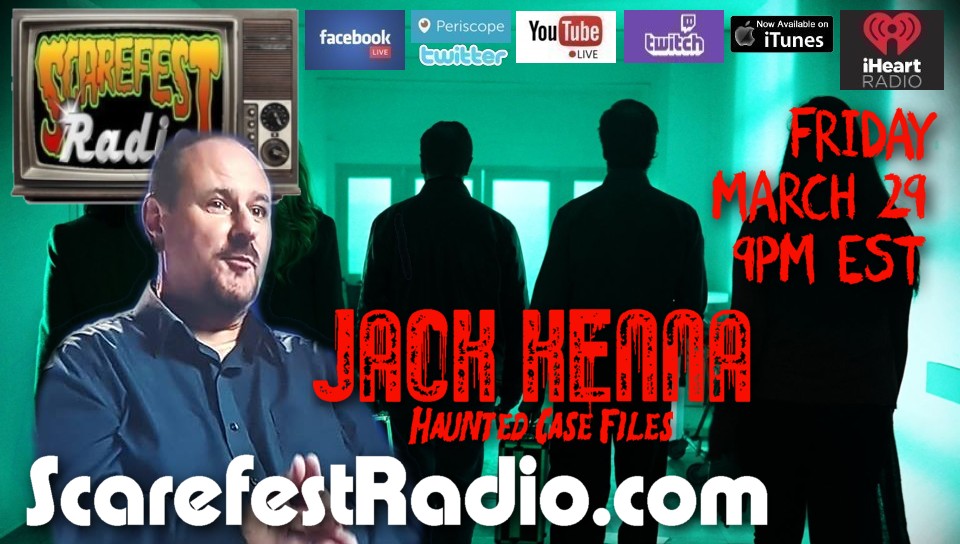 Fresh off of a visit to the Lexington Comic and Toy Convention, Wes and cohost Chad Harlan speak with accomplished paranormal investigator, author, and TV personality Jack Kenna. Jack, a senior engineer with the Department of the Army, is a member of the paranormal team S.P.I.R.I.T.S. of New England and is the series lead on the TV series Haunted Case Files and Paranormal Survivor. He has also published two books on the paranormal.
Jack’s interest in the supernatural comes from paranormal experiences dating back to his childhood. He began active investigation in 2009. Jack discusses the importance of having a great investigative team, passes along tips on how to assemble a strong paranormal research team, and gives a few suggestions on how to build experience to those looking to enter the paranormal investigation field. Jack believes in truth in his investigations. Being a TV personality, he recognizes the significance of not letting editors pressure investigators into embellishment.
We also learn a few other interesting facts along the way such as where Wes found the worst hamburger he’s ever tasted and that nurses have the best ghost stories!