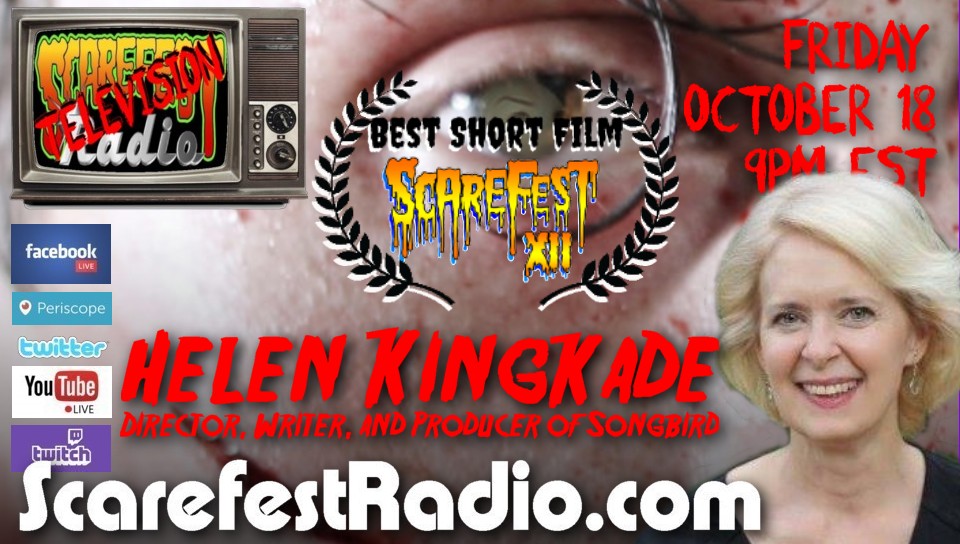 This week Wes and co-host Holly speak to Helen Baldwin Kingkade, the director, writer, producer, and a multitude of other hats on the short film SONGBIRD, winner of Best Short Film of 2019 at this year’s Scarefest. SONGBIRD is still currently working its way around the film circuit, netting many awards and accolades in almost every department including Best Actor and Best Cinematography.

A big fan of Alfred Hitchcock, Helen admits that this love may have helped influence the story’s creation. She also discusses SONGBIRD’s casting, the filming process and funding, and what inspires a person to put so much craftsmanship into a short film project. Given the success of this fantastic short film, we’re looking forward to her next project.

We also get some great expanded content this week with a movie review from Bonehead Joe Lewis, a delve into This Week in Horror History and an interview with an Egyptian demon by Dan Nation. An Egyptian demon? Wow, Dan is a brave soul. For more Dan Nation check out Mutagen Nation’s YouTube channel.