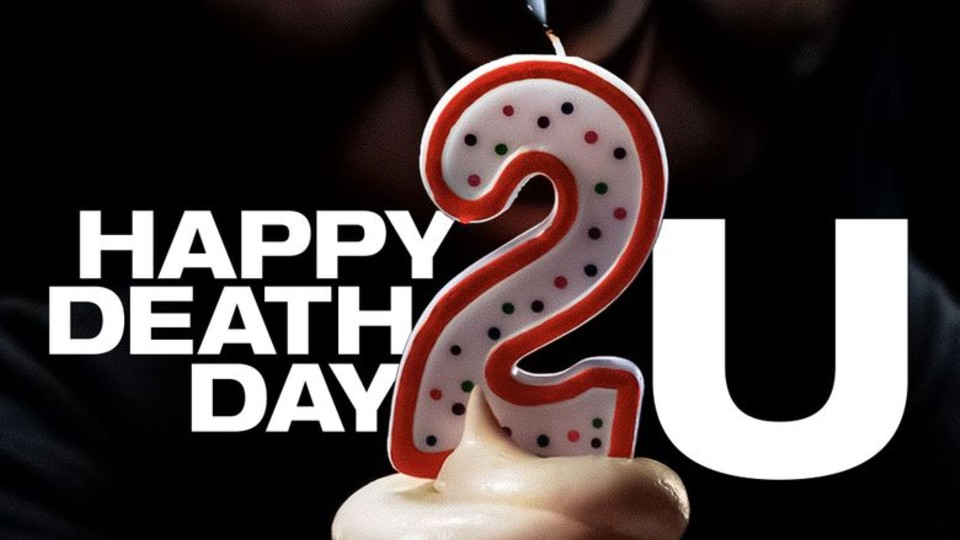 As with many sequels, I’m not sure anyone would say there necessarily needed to be a sequel to HAPPY DEATH DAY. The story was self-contained. There technically weren’t any loose ends with the exception of possibly giving a detailed explanation behind Tree’s mysterious time loop. Was it happenstance? Was it magic? Was it the Necromonicon? The ambiguity of it all was fine with me.

Yet here we are, HAPPY DEATH DAY 2U. With the financial success of the first movie, it wasn’t out of the question that a sequel would follow. As far as sequels go, it follows the mold. More over the top. Bigger stakes and bigger hijinks. More expansive cast. Roughly, the same body count though.

Don’t get me wrong, it is also still a decently fun movie but the most important thing to note for HAPPY DEATH DAY 2U is it strongly embraces the science fiction side more than it does the horror side. Where the first movie was a horror movie flavored with some sci-fi elements, this one flips that equation. There is still a serial killer on the loose but that plays almost as a side story to the main story.

That might be the factor that I think may lose some traditional horror fans.

The movie picks right up at the end of first movie, the day after Tree’s weird time loop. It initially focuses on Ryan, the roommate of Carter, the guy whose room Tree kept waking up in on that crazy day. From Ryan’s view, we see him experience a similar incident where a killer in a Babyface mask stalks him and murders him. Upon his death, he wakes up only to relive the day over again. He and Tree compare notes and it is revealed that an experimental quantum reactor is the cause of the mysterious loops.

Through a crazy happenstance, the reactor is activated causing an explosion. When Tree wakes up she is back in her time loop but things begin to happen in slightly different ways. Tree learns she is now in a parallel universe. Many of things she knew are altered here but there is still a Babyface out there killing people. She eventually works out that she needs to find a way to fix the reactor in order to end the time loop AND send herself back to her home reality. Sadly, her new world has positive aspects that she may have a hard time giving up.

Bonkers, right? They took the crazy factor and cranked it up to eleven here. It is an inventive way for Tree to return to her time loop and still keep the story fresh by adding new elements. The downside is, the horror components get pushed to the back burner more in this story. That left me a bit disappointed but it didn’t ruin the movie. I was just hoping for the mix to stay close to the first movie.

The main gripe I have is the story became more about a search to fix the reactor than dodging the killer. Yes, the killer is still a complicating factor but the focus is Tree living through repeated iterations of the same day to help the physicist team figure out the right algorithms needed to fix the reactor. Again, the day only resets at Tree’s death, so the movie gets its darkest by having her commit various forms of suicide when Babyface is not executing her.

As a side note, some people are affected more by the portrayal of suicide, so be warned that there are several scenes. Mostly they are played for a darkly comic effect but they may be worse for some viewers than the actual slasher parts. The saving grace here is, this film is PG-13 so the deaths are very sanitized.

However, not only are the sci-fi components more prevalent, so is the humor. This movie does take some of the humor to more an absurd level. Parts of the movie can be downright corny. An example is shown in the trailer, where Tree dies skydiving from a plane in just a bikini. This can be a mood killer for a conventional horror fan. It even got a little silly for me at times.

That said, they did tell a decent story. It’s definitely not that scary, like the first movie was very scary even, but they did have a few moments of tension and jump scares to remind us there was a hint of horror in the mix. Again, there is more implied violence than blood and guts however; there is a wood chipper scene that was a nice surprise.

Again, the acting was noteworthy. Jessica Rothe got a chance to do a few things with Tree that she couldn’t in the first movie. Some people may dislike her performance but she is oddly charming to me. The cardboard cutout characters from the first movie are still here but the actors get to flex their chops in bigger parts. Yes, they are a bit ham-fisted and cheesy but no one really stood out to me to be terrible actors.

Strangely, with the ramped up sci-fi quality, I was surprised to see that the writer on the original movie, Scott Lobdell, was not involved. Strange in that, since Lobdell is a comic book writer, this seems more in his wheelhouse than the first movie with its stronger slasher vibe.

Personally, I found this movie a little lacking in what I expected but I enjoyed this movie in a totally different way than I did HAPPY DEATH DAY. Again, it is a fun movie but you have to know that going into it or you may find it more irritating than entertaining.

For those interested these is a mid-credit scene that introduces another, even crazier element to Tree and her friends’ story. This appears to be played more for laughs but, who knows, could there be a HAPPY DEATH DAY 3D in the making? It would stick to the classic trope of leaving things open for future sequels. Stanger things have happened.

Given the wildly different theme for this movie, I would hazard a guess that some people won’t care for it at all. Just know going in that it this not a serious slasher movie so the expectation for horror should be reasonably low.

I would rate it at least 3 out of 5 stars, if nothing else for its clever ambitions of taking the first movie and upping the ante into a bizarre new direction.