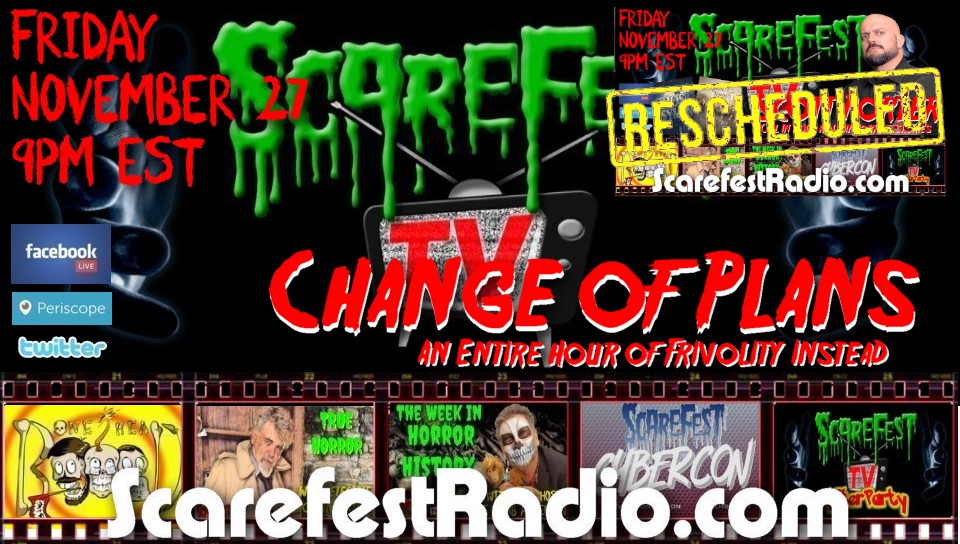 Can anyone else but Wes make an improvised show look so smooth? Find out tonight. Due to an unexpected cancellation, Wes and co-host Chad Harlan take Wes’ new internet connection for a test drive while they hash out all manner of ad-libbed topics along with special guest Joe Lewis.

Topics on the table include an analysis of Wes’ recent binge viewing of all of the TWILIGHT films, what movie series are overrated, and which movie classics don’t age so well. Full disclosure, there is a small segment that’s audio only but it is a new internet connection so something is bound to go sideways.

Plus, Joe Lewis also slips in a quick segment on two of the films of director Fred Dekker. Don’t recognize the name? That’s alright, you may recognize the movies.