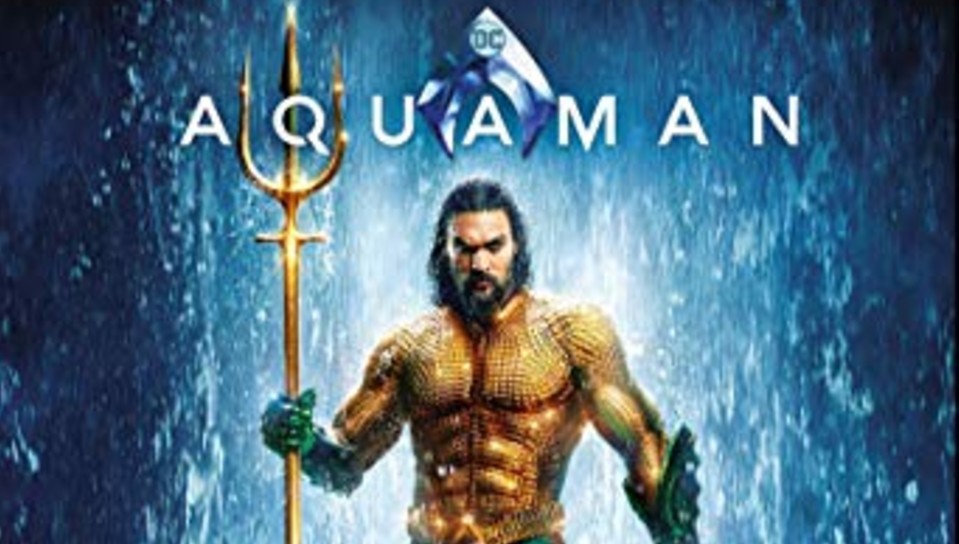 So yeah, I know this isn’t a horror movie. But it is the first real movie I have watched since the New Year rolled around so suck it.

I found Aquaman to be a thoroughly enjoyable movie. Granted, I tend to judge superhero fantasy type movies by a different standard than I do slasher flicks. That is NOT to say that there weren’t plenty of moments in the story that I felt the need to make snide comments to the screen, I do that to all movies.

But I do tend to judge them based on how well they hold my interest and – when appropriate – how well they mirror the character as I remember them from my youth. Aquaman manages to keep the story moving along at a reasonably brisk pace, including telling what they felt was the necessary back story and mythos.

One of these days I will figure out why one villain per super hero movie isn’t enough though.

The CGI was beautiful and at some point in time DC Comics seems to have figured out that super hero movies can be done with the effin lights turned on. Aquaman is so vivid and bright that it actually manages to have a comic book feel to it. That is not to say the CGI effects were perfect: Apparently DC movies have a rule against having good CGI used when they have to work on a face. In the backstory Aquaman’s parents (Temuera Morrison and Nicole Kidman) were digitally made to look younger. Several times they looked like a public service announcement on the effects of Botox.

One of our staff writers, Merideth, said that she didn’t like the movie because Jason Momoa, in the title role, couldn’t act. Jason Mamoa doesn’t have to act. Jason Mamoa purposely gets roles where he can play himself. Remember how Sean Connery used the same accent to play a Chicago cop, a British spy, an immortal Spaniard, and a Russian submarine captain? People aren’t sitting around complaining about his acting.

Maybe I am just being nostalgic and Aquaman met that need. When he talks to fish as a child I practically stood up and cheered.

If I had to make a real critique, I think the movie suffered several times by being a little too formulaic. I realize that it can take some effort to sexy up everyone’s least favorite Superfriend, but sometimes that just came across as lazy writing.

Some of my “shout at the TV moments”.

Why is his dad still manning a lighthouse? The Coast Guard would have dragged him out of there by now and installed a computer.

What was the attraction between his parents? Aquaman’s dad nursed his mom back to health so I guess that explains why she was there. And just looking at Nicole Kidman could explain his attraction. But what did they talk about all those years?

Her: “I am the Queen of Atlantis and was trained from an early age in weaponry and fish.”

What was the motivation to bring the submarine captain to the bridge just to (SPOILER ALERT) shoot him 5 seconds later? To prove how dastardly Manta (Yahya Abdul-Mateen II) is?

If Aquaman is pretty much bulletproof how did he get all those tattoos?

Since the pirates were all wearing high tech scuba gear, what was the urgency in getting that missile off that guy? Sure the submarine was taking on water. “Here, suck on this oxygen hose while I find a lever and fulcrum.”

Why would seahorses – even big ass seahorses you can ride – whinny?

In an unrelated topic, Atlantis has a wall and laser cannons to control immigration. Just sayin’.

The low point of the movie was when it made my wife cry. It wasn’t because anything was sad. You see, my wife thinks Jason Momoa is totally hot and would smother me with a pillow just to touch his beard, but when he called Nicole Kidman (who is the same age as my wife) “Mom” I thought she was going to have to leave the room.

So there it is: A little gimmicky and very formulaic. But if you are a fan of super hero fantasy movies and don’t require some moral lesson or political statement or require “Hamlet” from your actors, I think you will enjoy this movie.

Aquaman is available on DVD.