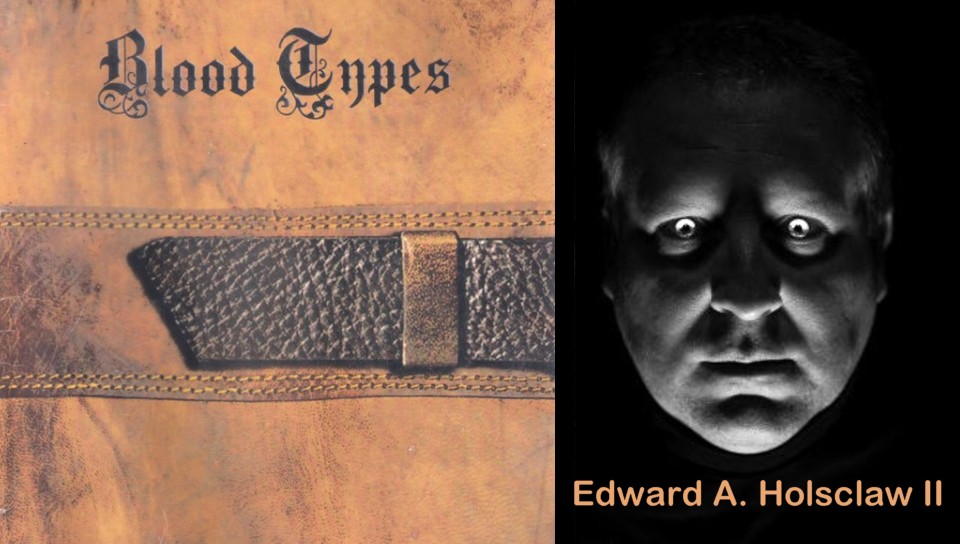 by Edward Holsclaw In his darkened room, Andrew lay wide-eyed eagerly anticipating his sixth birthday. His excitement was dimmed only by his apprehension of what awaited him in his sleep. For the past several weeks, a strange boy’s voice had been violating his dreams, drawing him awake trembling with fear, only to find a dark silent empty room.

Every morning, attempts to inform his mother of these recurring nightmares were explained away as Andrew’s over-active imagination. His mother’s calm voice always seemed to pacify Andrew into doubting whether it was all just a dream, but his anxieties unfailingly resurfaced as bedtime grew near.

This night, Andrew fought back a yawn as he peeked at his spaceship alarm clock with 11:28 glowing across its face. He stared at the ceiling for what seemed like hours before he started to slip into sleep, but he immediately forced himself awake.

I have to stay up! It’s the only way I’ll be safe, he kept assuring himself. He struggled to hold open up his heavy eyelids, but sleep ultimately won that battle.

It was 4:02 a.m. when Andrew felt something lightly brush against his face, but pushed it away and rolled to the other side of his twin bed. Subsequently, something mentally registered as he sprang to attention, wide-eyed and quivering. He hoped it wasn’t what he had dreaded.

Andrew’s blurred vision explored the murky darkness of his room. His heart pounded with expectancy as the hair tingled him numb. Gazing about his room, he was abruptly petrified by something on his wall. He focused in on this mysterious entity, but once the nocturnal fog lifted, he was relieved to discover that it was merely his soccer poster. He once more searched for his timely visitor through the gloomy layers of the obscurity. Perhaps the voice would not come this night.

There in the corner! his brain shouted. Andrew alertly recoiled against the bed’s headboard.

There in the corner sat a little boy, whose name and face he had never known. The boy’s pasty white skin, blue lips and hollowed eyes made him look like a zombie that Andrew had seen on television.

“Andrew, you need to leave this place now,” the boy spoke with the same familiar voice, which had visited Andrew nightly.

Andrew didn’t speak a word. He was too frightened. Andrew’s eyes were hypnotically fixed on the boy monster.

“No! Leave me alone!” Andrew could barely respond in short whispers. Andrew was both terrified and confused, but managed by some means to maintain his wits.

“Andrew, please leave. You have to hurry before your mother…kills you!” the emotionless boy pleaded.

“What are you talking about?” Andrew retorted, “My mother won’t hurt me. She loves me!”

“Yes, she will,” the lifeless boy hesitated, “Just like she killed me.”

“You! What are you talking about?” Andrew snapped.

“Andrew, I am Philip, your brother,” the boy slowly replied, “Our mother killed me six years ago today.”

“Trust me; just leave here before it’s too late,” Philip unrelentingly pleaded, “Andrew, you are six today, the same age I was when…”
“Get out of my room!” Andrew angrily interrupted.

Andrew thought his outcry would wake up his mother, but it never had in the past. Each time Andrew’s voice seemed to be muted.
“Look out your window,” Philip motioned as he stared vacantly at Andrew.

Andrew stepped cautiously onto the cold hardwood floor, all the time keeping one eye on his route and the other on the ashy apparition. He peered out the window and what he observed made his body limp with horror. He observed roughly ten young boys, who appeared to be his same age, and they all had the same walking dead appearance as Philip. They were all beckoning to him to come outside.

Andrew couldn’t budge. He was shaking with fear. The whole thing was happening much too quickly for reason. His thoughts were confused. He did sense a small amount of trust in Philip, but not as much as he had for his mother. She was the only one he had.

Suddenly, the old doorknob rattled. Andrew turned from the window with relief to realize that his mother had come to rescue him from this horrifying ordeal.

The doorknob turned and the door fell slowly open. There standing in the shadows was a silhouette of a hooded figure. Andrew waited for the light to be turned on, but it didn’t. He searched through the darkness for his mother as the figure slowly sauntered towards him.

Andrew looked back to Philip, but found him gone. He whipped around and looked for the boys outside. And they too had vanished.
Andrew was truly scared now. He slowly backed over to where Philip had once been and tried to become one with the wall.
“Mother, is that you?” Andrew cried.

There was no answer from the hooded figure, it just continued towards him. Then he noticed two other hooded figures entering his room
They were coming for him! His body was frozen and well beyond shock.

“Mother!” he somehow managed to get out a few pleas for help, “Help me!”

As the first figure came into view, his heart sank into the bottomless realms of his soul.

It can’t be. It was his mother, but her eyes – they weren’t her’s at all. These were not the eyes of his loving mother. No, they only possessed a cold vacant stare.

This couldn’t be his mother. It couldn’t be! he told himself hoping that before long he would wake up from his wicked dream.
Andrew began screaming with everything he had within him. He now knew it was his mother, and he questioned what was going to become of him.
He looked once more for his brother, friend or whomever he was for help, but found no one.

I should have listened to him, he thought.

Instantly, the hooded figures grabbed Andrew. He struggled and tried to fight them off. It was of no use; they were much too strong. He looked into their darkened faces. He did not recognize the other two women, nevertheless, he made no mistake about it… one was his mother.

Andrew kicked and struggled to free himself, but again their strength was too overwhelming for him. He was lifted by the three and slowly carried through the house on a path to the basement. As they reached the bottom landing, Andrew could see three other cloaked women standing in a sea of hundreds of candles that lit up the usually blackened and windowless basement. He noticed a large chalky black star drawn on the floor.

He knew something was very, very wrong. He continued his unrelenting cries for help to no avail. He attempted once more to break free, but his exhausted body just couldn’t battle any further. They forcibly laid him on the cold floor marked with a pentagram and stripped him of his clothing. They all, with the exception of his mother, held him down with an unmovable force.

As the satanic incantations were spoken from the hooded figures, Andrew’s mother raised a large silver knife high in the air and…
It was 6:00 a.m., and Andrew was sacrificed. His soul left his dead body to join the restless souls of Philip and the others.

Later the next day, Andrew’s mother opened the newspaper to the birth announcements so that she could find… a new son. A son bearing the name of Peter, which would complete the twelve. Another baby boy, born on the fateful day of June sixth…

The 6th day of the 6th month to be sacrificed on his 6th birthday.