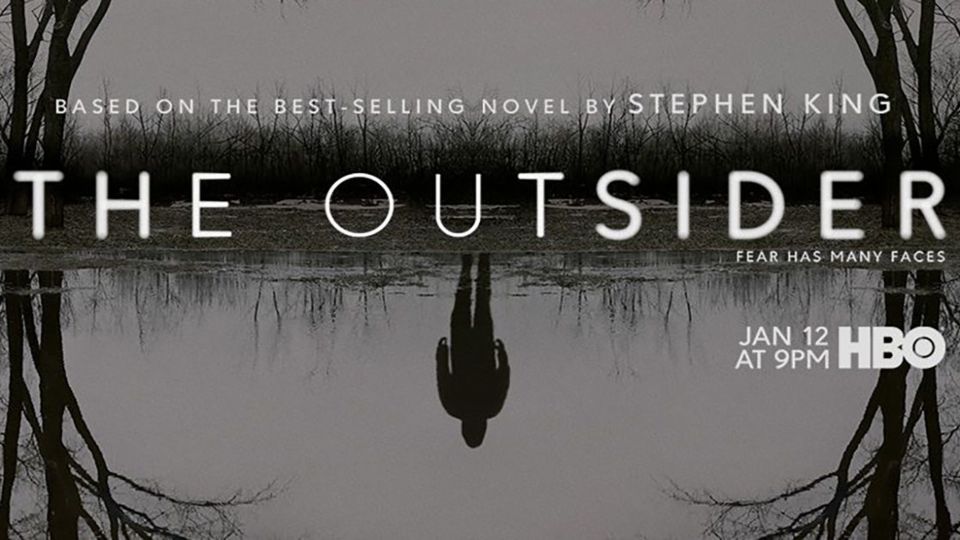 How many TV and movie adaptations can one man have? If you are Stephen King, the answer seems to be dozens upon dozens. King is a prolific writer that has been a leading name in horror for numerous decades so it would stand to reason that he would have a vast volume of material for producers to draw from when developing new projects.

In January, HBO premiered THE OUTSIDER, a 10 episode series based on King’s horror/ crime procedural novel of the same name. The series has drawn critical praise and is definitely worth the viewing for anyone that wants an engrossing story and incredible acting performances by almost all parties involved.

The story is a cross between an X-Files “monster of the week” story and an extended version of Forensics Files. The seeding element is a true crime story but as the mystery begins to unravel, viewers are taken into an investigation that revels that true supernatural horror exists, preying on us from the shadow of myths.

The story involves the brutal murder of a boy in a small town with all of the evidence pointing toward Little League coach Terry Maitland (played by Jason Bateman). A local detective (Ben Mendelsohn), struggling with his own demons after the loss of his own son, arrests Maitland based on the wealth of forensic evidence and witness testimony. Those eager to defend Maitland produce strong, conflicting evidence showing that Terry was out of town when the murder occurred and the questions arises of how a person can be in two places at once.

Here is where the real mystery begins. Desperate to clear Maitland’s name, the defense calls in independent investigator Holly Gibney (played by Cynthia Erivo) who begins to learn that similar incidents, murders that seem impossible considering the circumstances, have occurred with all signs pointing to the improbable, that a creature capable of assuming the identities of others, was actually committing all of these killings. Can she convince them an ancient evil may be the real culprit?

Full disclosure, THE OUTSIDER is more of a crime drama with a supernatural element than true horror. The monster is there but the majority of the story is driven by the murder investigation and trying to establish that Maitland is innocent of the crime of which he has been accused.

Being a 10 episode series there is enough to keep viewers intrigued but it is parceled out in bits and pieces so reaching the revelation that something beyond the rational is happening is a long journey. Those seeking a quick leap into the supernatural, THE OUTSIDER might be a bit disappointing. The horror is there in the first episode but it isn’t until later that viewers start feeling the true menace.

I’m not sure when the “slow burn” style started to become popular but in recent years some of the most critically praised horror movies and shows have hinged on “slow burn” and THE OUTSIDER is full of it. The show bleeds slow burn as it takes several episodes before the pieces begin coming together and we learn of our boogieman, a real monster called El Coco.

However this kind of works in the case of THE OUTSIDER. This is a show about a homicide investigation and, in the real world, when are those ever fast? Leads and evidence are never easily obtained so the show reflects this. But, in truth, I have to say if the writing hadn’t been so solid, I might have gotten bored so it is safe to say that the slow burn method has its weak points.

Slow burn aside, if you are a fan of true crime, the show is incredible in every other way. The story is enthralling and the acting is outstanding. Mendelsohn brings a terrific world weariness to Detective Anderson, a man beyond skeptical of the unexplainable in the beginning. Erivo, as Gibney is truly incredible as a gifted woman that accepts her bizarre discoveries even though they lie outside the explainable. Honestly, it’s hard to find a performer in the series that doesn’t excel outside of the non-essential characters.

Again, the horror element of El Coco is only one aspect of the show as we see how the various characters deal with the vicious opening murder and the subsequent examination into the events surrounding it. In truth, the show is 35% character study,35% monster hunt, and 30% forensic case work. Based on this, the gore is fairly minimal, even for a graphic murder case, relying more on psychological horror. However the show does get intense in the final few episodes so there is a reasonable amount of blood and violence seeded throughout.

No spoilers, but, personally, I think the final confrontation with El Coco was a little anti-climactic, which may also disappoint horror fans. Also, be sure to watch for the after credits scene at the end of the final episode in order to get a little more wrap up on the story, or lack thereof.

THE OUTSIDER is showing on HBO streaming services and, based on its critical ratings, should be available on DVD and Blu-ray sometime in the near future.