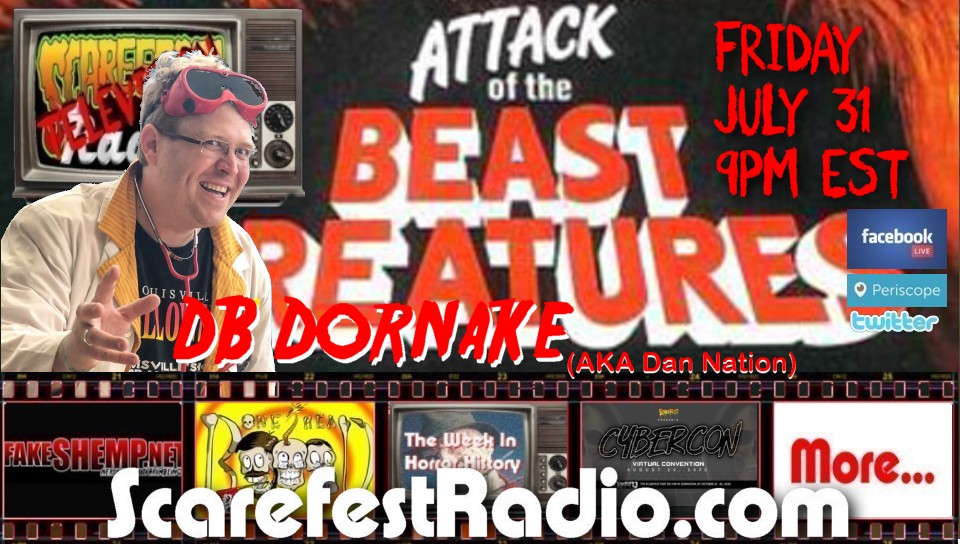 Fans of B movies rejoice! On tonight’s show, local mad scientist and Mutagen Nation host, DB Dornake joins Wes, in his new persona of fictional detective Dick Pinkerton, to reflect on the 1985 bad cinema gem that is ATTACK OF THE BEAST CREATURES.

ATTACK OF THE BEAST CREATURES tells the story of cruise ship survivors in the 1920s that land on a deserted island who are then hunted by a tribe of killer doll-like creatures. Dick (Wes) voices his many feelings for the film as DB adds his unique insight. We learn many things about acid pits, how doll sized creatures should be easy to kill, and not hitting on girls whittling a stick.

Our regular features bring a review of THE LOVED ONES from Glenn at FakeShemp, release info on two horror classics in the Week in Horror, and a list of Joe Lewis’ favorite episodes of the series SUPERNATURAL.