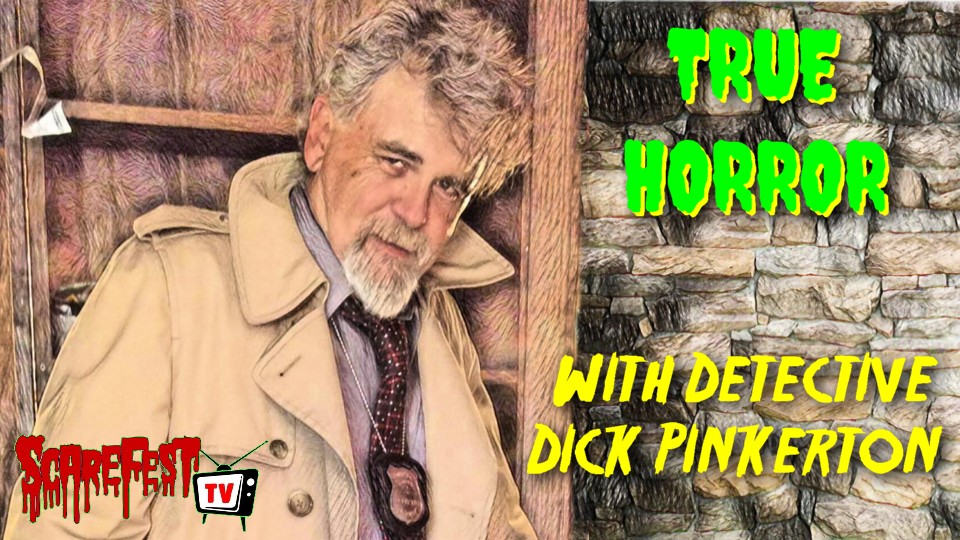 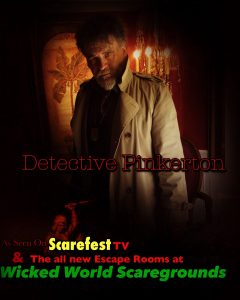 Wicked World Scaregrounds envisioned a detective character to introduce their new escape room attraction to their visitors. Billy Crank invited Wes to create the character on the spot (presumably because Wes owned a trench coat). Their vision was Detective Dick Pinkerton.

Upon arrival for filming, Wes also discovered that he was expected to memorize a script on the spot because Billy failed to mention that part.

But filming went well, and Wes didn’t want to let lose of the character since the photos came out pretty sweet and he still had the trench coat. Wes decided that he had found the character he was looking for to offer up Scarefest TV’s new True Horror segment.

The back story? Detective Dick Pinkerton is an alcoholic, retired detective on his fourth marriage. His penchant for cheap alcohol and expensive women, and his exposure to years of the worst that society has to offer has tainted his view of mankind. Nothing makes him happy and he hates everyone. He cries for the victim and rages against the crime.

Dick Pinkerton is available to attend public events on behalf of The Scarefest at no charge beyond travel expenses, lodging, and booth space.